Only 13 copies exist today, with the Historical Society of Pennsylvania owning six of them 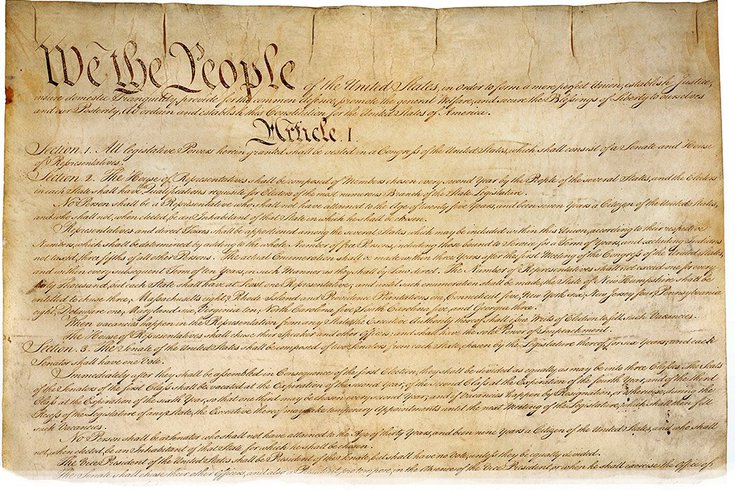 The sale of an original copy of the U.S. Constitution for $42.3 million at auction on Thursday, Nov. 18, 2021, set a record for the highest price ever paid for a historical document.

When the U.S. Constitution was first signed in Philadelphia back in 1787,500 copies were inked by early American printers. Today only 13 still exist.

One of those copies was auctioned off to an anonymous bidder for $42.3 million on Thursday night, according to a release from the Historical Society of Pennsylvania. That's a new record for the most ever paid for a historical document according to Sotheby's, which handled the sale.

Auctioneers had only expected to get between $15 million and $20 million for the document. It sold to its last owner, New York real estate heiress Dorothy Goldman, for $165,000 in 1988.

The Historical Society of Pennsylvania has six, comprising the nation's largest collection of hand-written drafts of the Constitution, in addition to hundreds of other documents from the 1787 Constitutional Convention and more.

"This auction and the interest in it reflects… the intrinsic value of the U.S. Constitution and the fact that it remains the force that binds this nation together," said David Brigham, the society's CEO.

In addition to the shocking price tag, this auction grabbed national attention because an online group of over 17,000 people called ConstitutionDAO crowdfunded roughly $40 million in cryptocurrency in mere days to buy the document. DAO stands for decentralized autonomous organization.

Thousands contributed to the fund with a median donation of roughly $200. Although they were outbid after an eight-minute showdown, meaning those funds will now be returned, ConstitutionDAO's organizers still deem the attempt a success.

"This is the largest crowdfund for a physical object that we are aware of," a post on the group's Twitter says. "We are so incredibly grateful to have done this together with you all and are still in shock that we even got this far."


If they had won the auction, ConstitutionDAO's organizers said they would have looked for a partner to display the document to the general public for free.

The last record for the price paid for a historical document was set when Microsoft co-founder Bill Gates spent $30.8 million on a copy of Leonardo da Vinci's Codex Leicester, a scientific notebook, in 1994.