Out in L.A., Connor Barwin still making Philly better with The War on Drugs concert

Malibu life is about as idyllic as you would expect it to be for Connor Barwin.

"I'm currently looking out my window at two seals playing together on the beach," said the former Philadelphia Eagle, now a linebacker with the relocated Los Angeles Rams, in a Monday morning interview with PhillyVoice. "They're like, 30 feet away from me. Living on the beach is nice."

It was a bittersweet separation last Spring when Barwin, 30, became a cap casualty for a rebuilding Eagles defense. In his four seasons in Philadelphia, the Detroit native became a local fixture—a model for the type of pro athlete who seamlessly fits into and shapes his community.

"Philly pulls you in," Barwin said. "I miss it in general. I miss the people. I miss the neighborhoods. I still root for [my old teammates] and want them to play well. I'm very much trying to be present now, to learn and experience living in Los Angeles. I'm super excited being out here. I also know I'll be back to Philly and I'm excited about that, too."

This Thursday night at the Dell Music Center, for the fourth year in a row, Barwin and his Make the World Better (MTWB) foundation will hold a benefit concert to help revitalize a park or recreation center in one of Philadelphia's many neighborhoods.

I'd love to see the concert continue to grow, and not only help raise funds for what we do, but also give what we do more exposure, to get people more involved in what we do and in their neighborhoods. — Connor Barwin

Past concerts, all held at Union Transfer, featured artists ranging from Barwin's close friend Kurt Vile to Mac Demarco, Parquet Courts and The Suffers. The shows have raised more than $685,000 to fund full-scale renovations in a partnership with the non-profit Urban Roots and Philadelphia Parks & Recreation Department.

"Sports and rec had a huge influence on my life growing up and still has a huge impact," Barwin said. "My dad was a city manager, so I grew up learning about communities and what kind of difference public spaces can make for a neighborhood. I was really inspired by Ralph Brooks Park just riding my bike to practice every day in the summer. You don't realize how much work it takes until you get into it. We're on our third playground. Once you start, you can't stop."

Ralph Brooks Park, Smith Playground and now Waterloo Playground in West Kensington have all transformed into vibrant public spaces in the span of a few years, thanks in large part to Barwin's foundation work. This year's change of venue to the Dell, itself a restored space after a $7 million project wrapped in 2010, wasn't just about meeting demand for an act as big as Philly's own The War on Drugs.

"I think we obviously wanted to draw a bigger crowd," Barwin explained. "We had three great years at Union Transfer. That's a special venue, but The War on Drugs obviously need a much bigger space."

The other big factor, in line with MTWB's mission, is bringing people out to appreciate a revived community resource in East Fairmount Park.

"They do a summer series that's incredible," said Barwin, referring to the annual lineup of R&B and soul acts who perform at the open-air amphitheater. "A lot of people haven't been there since it was renovated and I want this show to get people to the Dell for the first time." 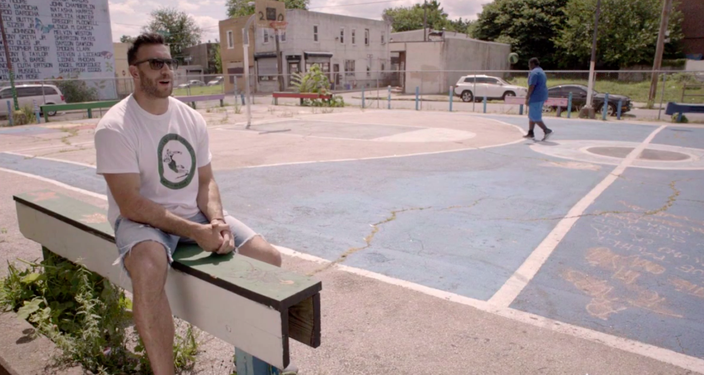 Drawing The War on Drugs, fresh off the release of their critically acclaimed "A Deeper Understanding," took some legwork for Barwin. Two years ago, as frontman Adam Granduciel's band rode "Lost in the Dream" to global acclaim, Barwin met with the group's manager after their show at The Tower.


"I took her to the Dell to show her my vision," Barwin said. "We circled back. It's awesome that I can have Philly bands in Philly for a Philly benefit."

And for the Dell, Barwin's vision could mark the beginning of an era that brings more rock bands and other acts to a venue experiencing its rebirth.

The only thing missing for this show, unfortunately, will be Barwin himself. Coming off a tough loss to Washington, his Rams will be battling the San Francisco 49ers on "Thursday Night Football" as The War on Drugs take the stage in Philly. It's a bummer, but Barwin admits his mind is laser-focused on football right now, anyway.

"We're a young team, and we're getting better. We have a great young coach," Barwin said. "I'm back in the 3-4 with [former Houston Texans coach] Wade Phillips. This is a much better situation for me football-wise."

As the nine-year NFL veteran moves toward the end of his career, Philadelphia can rest assured Barwin will be back in a big way. He's still got a condo in Fishtown. He recently married his longtime girlfriend, Laura Buscher, who works at a local hospital. He still loves Santucci's. And with the city's ReBuild program undertaking a multi-year, $500 million investment in parks and recreation centers, Barwin wants MTWB to be an integral part of that process for years to come.

Tickets to Thursday night's show – fast on the way to selling out the Dell's capacity of roughly 5,800 – can still be purchased here. Barwin's foundation will announce during the concert which park or recreation center that will benefit from the money raised by the event.