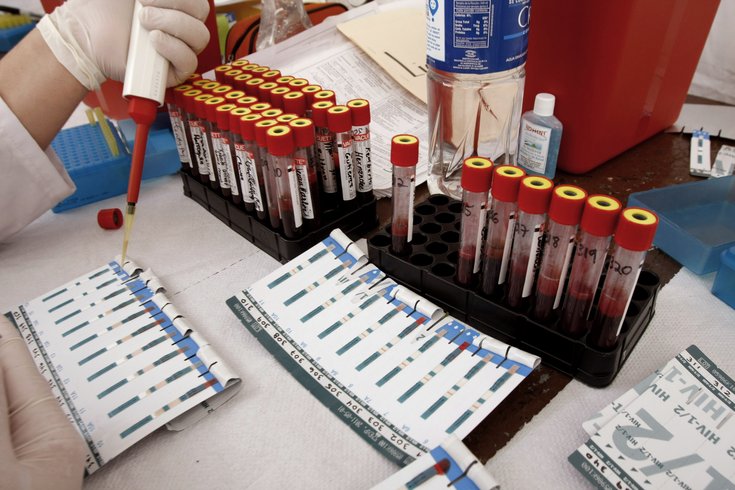 A health worker drops blood from a sample on an HIV test strip in San Salvador, Friday, June 25, 2010.

Pennsylvania trails its neighbors in HIV prevention and monitoring, according to a recent study by The Trust For America's Health, which measured how prepared states are for infectious disease outbreaks.

Washington, D.C. and 43 states require reporting of the overall degree of infection, or HIV viral load. However, Pennsylvania does not. Neither does New Jersey, the report said.

"We know that one of the most effective methods for reducing HIV and AIDS is syringe-exchange programs," The Trust for America's Rich Hamburg told NewsWorks.

"There are a lot of misperceptions around it, and it's really become a challenge to get these laws on the books. So I would think that over the next couple of years, we're at 16 states that have such a program, that number will increase."

New Jersey and Delaware are among just 16 states with syringe-exchange programs.

According to the report, hepatitis C infections – related to a rise in heroin and injection drug use from people transitioning from prescription painkillers – increased by more than 150 percent nationally from 2010 to 2013.