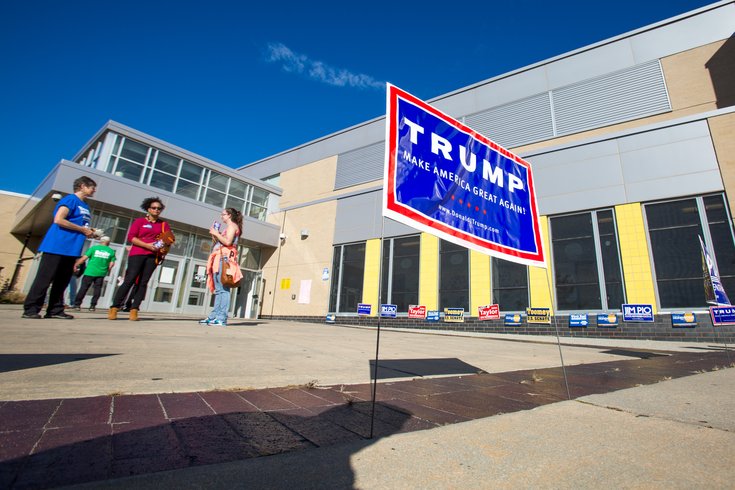 A Pennsylvania state senator plans to introduce legislation that would award the Keystone State's Electoral College votes to the winner of the national popular vote in presidential elections, not the candidate who wins the most votes in the state.

The move comes as Hillary Clinton's popular vote lead over President-elect Donald Trump has reached more than 2.5 million. Trump, who took Pennsylvania, won the presidency by an Electoral College margin of 306-232.

Sen. Daylin Leach, D-Montgomery, sent a memo on Thursday to fellow lawmakers asking for co-sponsorship on a future bill that would add Pennsylvania to the National Popular Vote Compact. The agreement only goes into effect when enough states to equal 270 electoral votes — the amount needed to win — join. Eleven states, including New Jersey, with 165 total electoral votes have already joined the agreement.

Leach said it was time for Pennsylvania to do "the right thing."

“In the heart of every American you’ll find an instinctive commitment to the principle of one person, one vote," he said in a statement. "Despite that, our country elects its leader using a convoluted and unfair process that values the votes of some over the votes of others."

In his memo, Leach tries to explain that joining the agreement is a bipartisan measure:

It is important to remember that this proposed reform, like all good political reform, does not predictably help or hurt either major political party. Yes, if this compact were in effect in 2016, it would have benefitted Hillary Clinton. But just four years ago, there was a lot of speculation that Mitt Romney might win the popular vote and lose the Electoral College. We have no way of knowing who this compact would help in 2020, or 2044, or 2184.

Pennsylvania, along with Wisconsin and Michigan, was a key state in Trump's victory. Recent tallies show Trump trounced Clinton by a mere 46,000 votes in the state.

It should be noted that Pennsylvania is not among the 29 states that have laws against faithless electors, or electors who don't vote for the candidate for whom they are pledged to vote. Just like they could theoretically do now, any of Pennsylvania's 20 electors could simply ignore Leach's proposed law in future elections without legal repercussion.