Papal souvenirs to go on sale this month 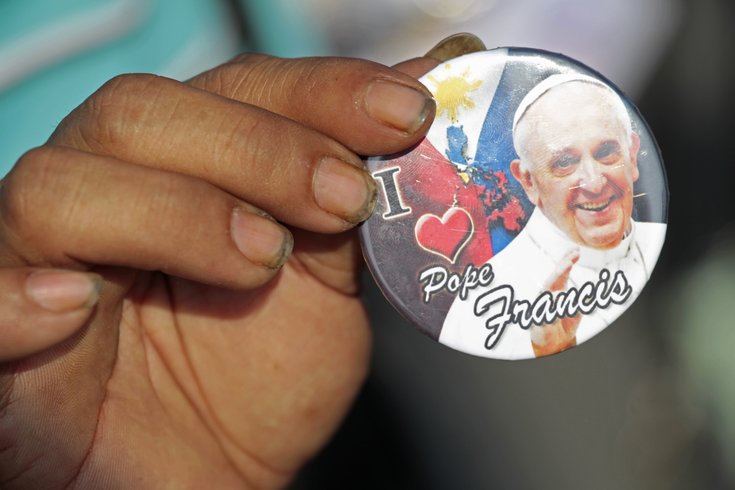 A street vendor displays a Pope Francis souvenir along the motorway in Manila, Philippines, Thursday, Jan. 15, 2015.

T-shirts bearing the face of Pope Francis, a plush doll made in his likeness and rosary beads are just some of the more than 200 keepsake items set to go on sale online later this month in celebration of Pope Francis' visit to Philadelphia this fall.

Other items on sale will include knit scarves, keychains, holy medals and more.

The World Meeting of Families 2015, an international gathering for Catholics focused on strengthening family bonds and the reason for the pope’s visit to Philadelphia, announced on Monday its partnership with Aramark. The company, a Philadelphia-based hospitality vendor, will be the official producer and distributor of papal memorabilia.

Proceeds will benefit both organizations, the WMOF said in a statement.

Although initially available online only, souvenirs will be also be sold at retail sites during the fall convocation, which is expected to draw as many as 2 million people to the area.

Unofficial vendors are also selling papal souvenirs, including the Pope Francis Philadelphia Apparel website, which will donate a portion of its sales to local Catholic churches, the seminary, The Culture Project and the Catholic Charities Appeal. 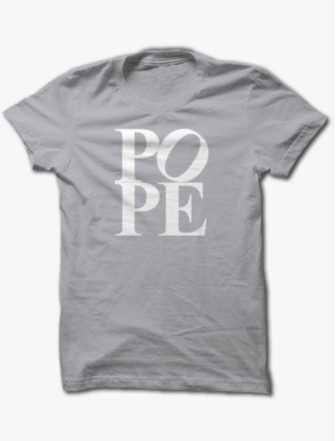 Part of the apparel line at the Pope Francis Philadelphia Apparel website.