Shrines expecting influx of visitors during World Meeting of Families

'It's going to be like Italy and the Sistine Chapel,' development director says 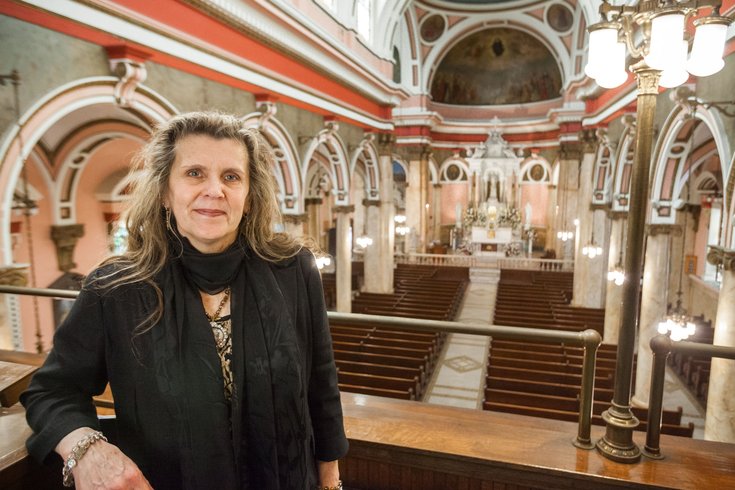 Deborah Binder, development director at the National Shrine of Saint Rita of Cascia, anticipates hundreds of people will visit the shrine during the World Meeting of Families.

The banners direct people to the nearby National Shrine of Saint Rita of Cascia, housed by St. Rita's Church in South Philadelphia.

“She’s the patron saint of peacemaking, reconciliation and forgiveness,” said Deborah Binder, development director for the shrine. “We always advertise our shrine as a place of peace in the city.”

Naturally, the National Shrine of Saint Rita of Cascia — and three other shrines in the Archdiocese of Philadelphia — expect an influx of visitors in late September.

The four shrines have banded together, kick-starting a marketing campaign aimed at expanding their reach both during the event and in the years that follow.

The shrines have launched a joint website and are developing a mobile app set to debut in June. They have placed thousands of brochures in regional hotels and produced a commercial to run in hotel rooms.

“We represent three different saints and the Blessed Mother,” Binder said. “If you’re somebody who likes shrines, you’re going to visit the other shrines too.”

The National Shrine of Saint Rita of Cascia particularly could see throngs of visitors during the World Meeting of Families, given its proximity to Center City. Located along South Broad Street, the shrine sits just 11 blocks from City Hall.

Binder expects lengthy lines winding into the shrine, which features a sculpture of St. Rita offering a thorn (representing her suffering) to Jesus. A shuttle bus will be available to transport visitors to and from Center City.

The shrine is planning special events throughout the World Meeting of Families, including a Sunday night concert and a lecture by an expert on Saint Rita, a 14th Century Italian whose husband was murdered and children died of illness within the same year. 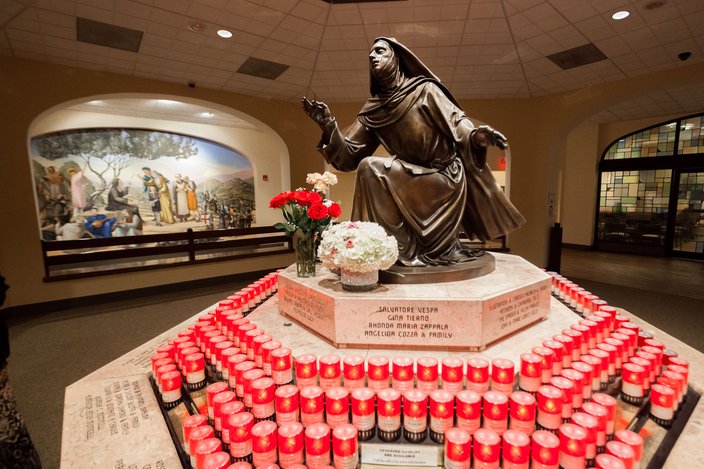 A sculpture of Saint Rita of Cascia depicts the the 14th Century Italian offering a thorn, representing her suffering, to Jesus Christ. (Thom Carroll / PhillyVoice)

Additional Masses and confession times are being scheduled throughout the week. Extra priests are being brought in to handle the sacrament of reconciliation.

But Binder also said the shrine holds the potential to push visitors to the other shrines in the area.

The National Shrine of Saint John Neumann, located at Fifth Street and Girard Avenue in Northern Liberties, also could prove popular — and not just with the masses.

A papal delegation twice has visited St. Peter the Apostle Church, which houses the shrine, fueling speculation that Pope Francis might visit. 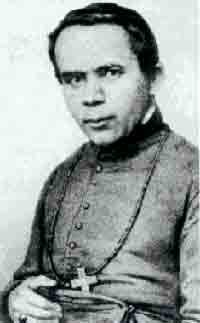 “We’re hopeful, but we understand the Holy Father’s itinerary is going to be tight,” said Bradley, the pastor at St. Peter the Apostle. “But we’re hoping and praying that he might come by. There’s a sense of excitement.”

Regardless of a papal visit, Bradley is hoping the World Meeting of Families shines a spotlight on the life of Saint John Neumann, a man he described as a Philadelphia secret.

“I don’t say this because I’m a priest — what he did was important, but who he was was more important,” Bradley said. “He was a holy man. He was close to God. That closeness to God compelled him to do what he did for people.

“Consequently, he made a huge difference in the history of the American Catholic church and the city of Philadelphia and the Catholic school system, which grew to be the largest in the nation.”

Like Saint Rita’s, Bradley said his parish has various events planned for the week, including Masses for people with disabilities, and parents and guardians.

“We’re planning to receive as many pilgrims as we can and make the experience as positive and prayerful as it can be,” Bradley said.

The shrine is undergoing renovation efforts to make it more accessible to people with disabilities, but is expected to reopen before the World Meeting of Families.

The National Shrine of Saint Katharine Drexel, at 1663 Bristol Pike in Bensalem, Bucks County, is the final resting place of the Philadelphia-born saint, who devoted herself to bettering the lives of Native Americans and African Americans and established Xavier University in New Orleans. During the World Meeting of Families, the National Shrine will have extended hours, 8 a.m. to 8 p.m. daily.

Established 100 years ago, the Miraculous Medal Shrine at 475 E. Chelten Ave. in Germantown honors the Medal of the Immaculate Conception, a medal designed by Saint Catharine Laboure following a vision of the Virgin Mary in 1830.