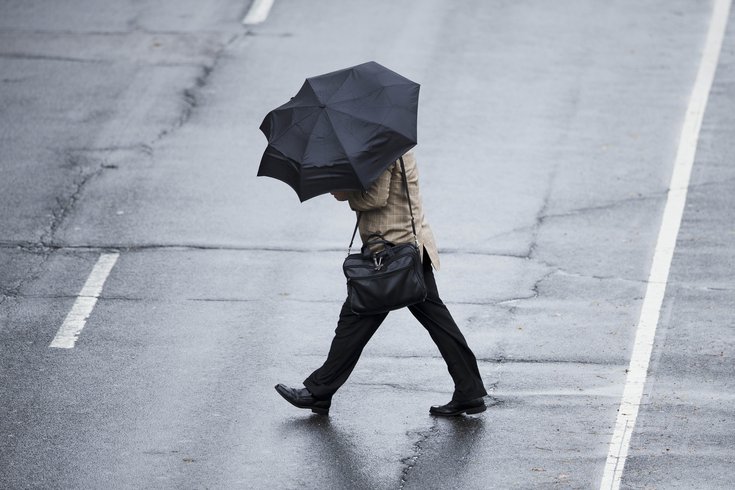 A pedestrian crosses a street during a rainstorm, Wednesday, Oct. 22, 2014, in Philadelphia.

Pedestrians risk more than just their safety when they break crosswalk laws. They also give police the opportunity to write tickets.

According to state highway officials, enforcement of pedestrian laws is the most effective method of reducing deaths, the Courier-Post reports.

New Jersey ranks fifth in the country in percentage of pedestrian deaths compared to all traffic fatalities.

Police in Woodbury, Gloucester County, say their anti-jaywalking and crosswalk law enforcement has made a noticeable impact.

“I’ll drive down Broad Street, we see people think about it, then walk down to the crosswalk,” police Capt. Tom Ryan told the Courier-Post.

“There are going to be people in a rush who want to cross where they want to cross. In Woodbury, it’s enforced and monitored. If they do it, they’re going to have to be responsible for it.”

Last year, Woodbury police issued 477 summonses for various offenses related to jaywalking, from crossing against the signal to obstructing public streets and the passage of vehicles. Police issued 72 tickets to drivers failing to stop at crosswalks the same year, with about 25 tickets written during each of two crosswalk enforcement campaigns.