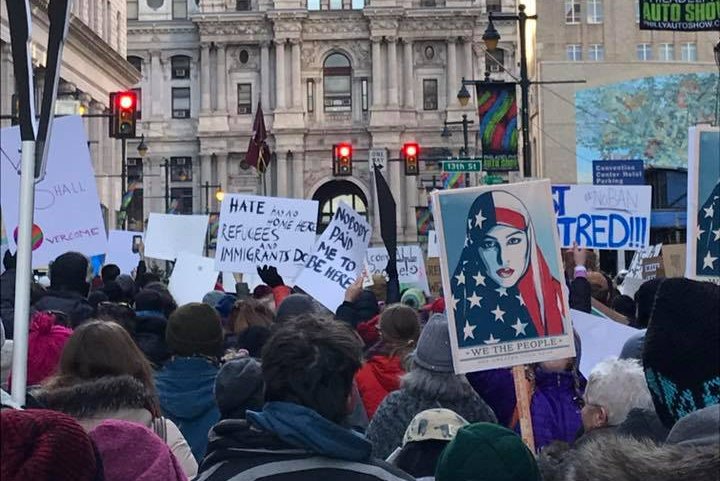 Vice President Mike Pence returned to Philadelphia on Saturday, and protesters again responded by filling the streets to demonstrate against Donald Trump's administration.

It gave me chills to stand in room where Founding Fathers created the greatest charter of liberty world has ever seen pic.twitter.com/eK9SFvj0eQ

CNN reports that Pence will also head to Houston this weekend to attend Super Bowl LI.

Pence and Trump were in the city last week for the Republican congressional retreat, which drew hoards of protesters and jammed traffic.

Several protests were already scheduled in the city on Saturday, including the Philadelphia March for Humanity. Hosted by the American Friends Service Committee, the rally will began at 1 p.m. and is set to last until 4 p.m. at Thomas Paine Plaza, across from City Hall, to oppose President Trump's travel ban and "any other action that harms our communities or treats people with indignity."

Photos of the protest were posted to social media:

2nd #AntiTrump protest of the day in #Philly is now joined by group who welcome VP Pence earlier at Independence Mall. pic.twitter.com/FUgGbg1wXh

Scenes from the #trump #protest in #philly today -