Pennsylvania does away with 'food loaf' prison punishment 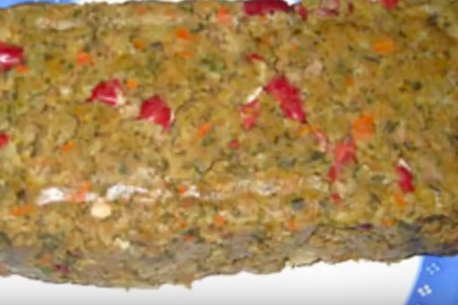 The Pennsylvania Department of Corrections will no longer punish prisoners by providing them with the unappetizing hunks of blended ingredients known variously as "food loafs," "grue," "Nutraloafs" and "confinement loafs."

At the end of last month, according to Penn Live, the state decided to take action against the policy of doling out the disciplinary meals, which have been used to get unruly inmates in line. In 1978, the U.S. Supreme Court described the loafs as "a substance created by mashing meat, potatoes, oleo, syrup, vegetables, eggs, and seasoning into a paste and baking the mixture in a pan."

Pennsylvania prisoners who follow the rules are generally given a decent selection of meals, including nutritional staples and holiday-themed specials that comprise the state's $61.8 million program to feed its prison population.

The move to eliminate "food loafs" comes a year after New York took the same action in the settlement of a lawsuit over the treatment of prisoners in solitary confinement.

"Inmates weren't happy with food loaves," said John Hargreaves of the Pennsylvania Prison Society. "Nobody will miss them."