A day before meeting to elect chair, the two officials contesting the position announced a deal 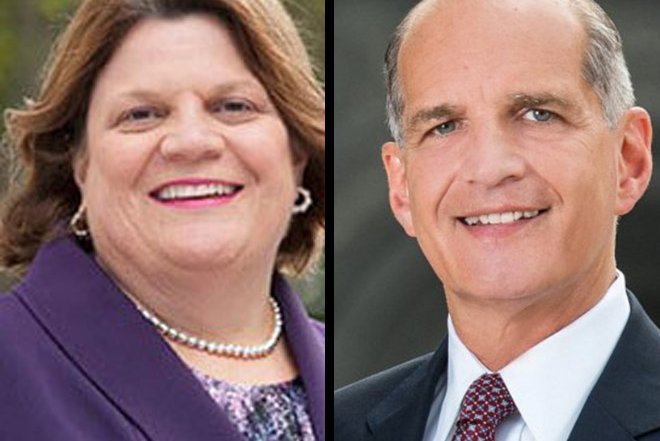 The competition to lead the Pennsylvania Republican Party just 16 months before the 2020 presidential election is over.

A day before the GOP was to meet in Hershey to elect a new chair of the party, the two officials seeking the position – Acting Chair Bernadette "Bernie" Comfort and Lawrence Tabas – announced a brokered deal that will avoid an intra-party showdown.

In an effort to unite the party ahead of Donald Trump's re-election bid – with Pennsylvania again considered a key battleground state – the deal sets up Comfort as state chair of the Trump 2020 Campaign and Tabas as chair of the Pennsylvania Republican Party. Comfort will continue as party vice chair.

Tabas is a former longtime general counsel to the state party.

Comfort has faced mounting accusations from party activists in recent days about sexual harassment of women by state party officials. Specifically, she is accused of "knowing about and ignoring complaints of sexual harassment by state party officials," the Associated Press reported Friday, noting that while Comfort de­clined an interview on Thursday, she in a statement that suggestions that people alerted her to inappropriate behavior and asked her for help were untrue.

The party was hit with big losses in recent elections for governor and U.S. Senate. The party also lost seats in the U.S. House during the midterm elections last year.

The former GOP chair, Val DiGeorgio, resigned recently after a news report that he had sent sexually explicit text messages to a Philadelphia City Council candidate.

The announcement from the GOP is below: 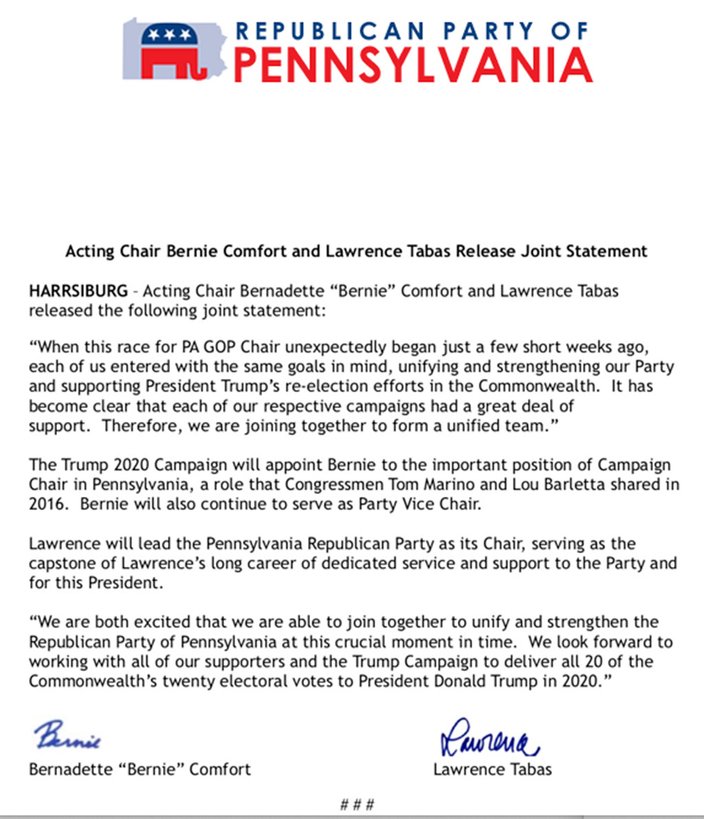 The announcement from the state GOP.