Pennsylvania: Here's what you'll actually be voting on in November

Upcoming ballot question on age limits for judges is misleading 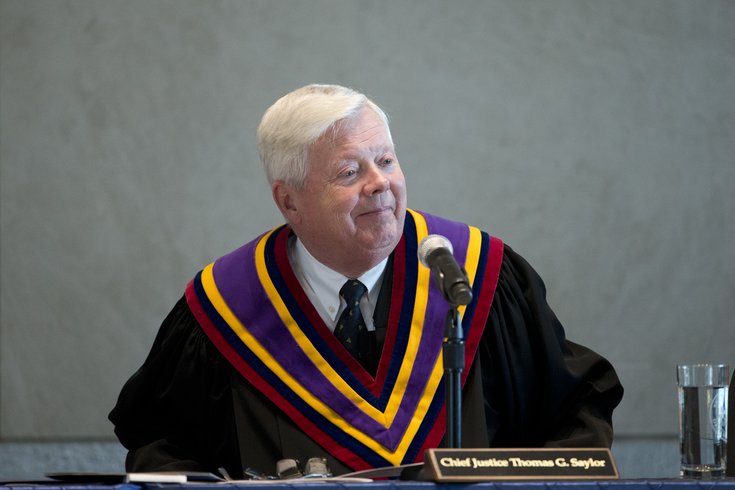 When you ask people a question, it matters how it's worded. For example, in presidential polling, surveys that only include major party candidates Hillary Clinton and Donald Trump produce different results than those that include third-party candidates Gary Johnson and Jill Stein.

While not a perfect analogy for the legal kerfuffle that's played out in Harrisburg over the past few months, the basic premise of how misleading questions, or withholding information, impacts decisions is at the center of a case that's been unsatisfyingly decided. Here's a recap:

• In the April primary election, Pennsylvania voters were presented with a ballot question regarding the mandatory retirement age for state judges. Voters were asked whether the limit should be raised from 70 to 75.

• Shortly before the primary, Republican lawmakers in both chambers had passed a resolution to delay the vote until the November general election. Additionally, they wanted to reword the question to leave out the current retirement age, instead only asking voters if judges should be forced to retire at age 75.

• Less than a week before the primaries, a judge ruled to uphold the resolution and delay the vote until November, meaning the votes cast in April didn't count. According to unofficial returns, the referendum to raise the retirement age was narrowly defeated, 51 to 49.

• The case makes its way to the Pennsylvania Supreme Court. Chief Justice Thomas Saylor, the only Republican on the bench who also happens to be turning 70 this December, recuses himself.

• The court offers a split, 3-3 decision, meaning the resolution stands.

Sen. Daylin Leach, D-Montgomery, accused Republicans of rewording the ballot question in an effort to get it passed so they could keep Saylor as chief justice for an additional five years. Two top GOP lawmakers, Senate President Pro Tempore Joseph Scarnati and Senate Majority Leader Jake Corman, argued that the legal challenge against the resolution was "flawed" because it assumed Pennsylvania voters were uninformed.

We won't delve into the politics of the matter, which clearly have some degree of influence on both sides of the issue. However, using basic common sense, it's fair to say that the reworded question without the current mandatory retirement age is inherently misleading.

As The Scranton Times-Tribune's editorial board recently put it, the reworking turns the referendum from a "clear" question into a "misdirection."

Assuming all — or even most — Pennsylvania voters are already aware of the current retirement age for judges is hardly a safe assumption to make. On top of that, the reworded question makes no reference to the age limit "raising" or even changing, instead implying a limit is being set for the first time.

Here's how the referendum will be worded on the November ballot, via the Inquirer:

Shall the Pennsylvania Constitution be amended to require that justices of the Supreme Court, judges, and magisterial district judges be retired on the last day of the calendar year in which they attain the age of 75?

So take note, Pennsylvania voters. You're not establishing an age limit. You're raising one that's already in place. Whether you think a judge can carry out his or her duties at 75, and shouldn't be removed from the bench at 70, is a debatable question, but understanding the decision you're making in the booth is something you should know.