Moving the election date to March would give voters greater influence in selecting the candidates, proponents say 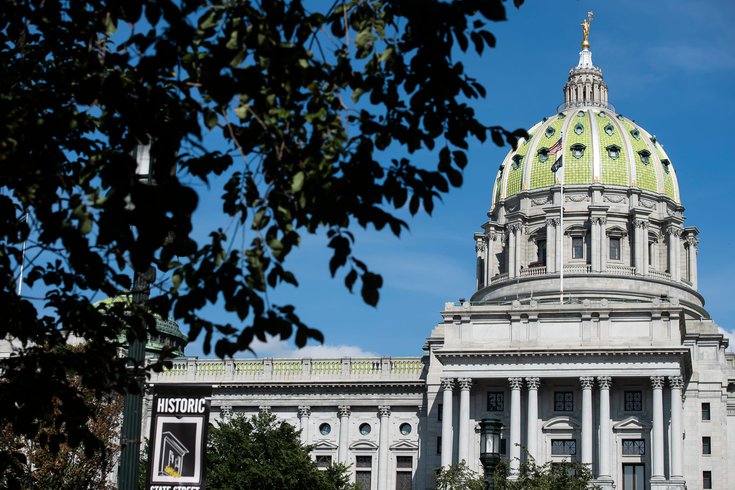 The state Senate unanimously passed a bill that would move Pennsylvania's presidential primary date to the third Tuesday in March. Proponents say it would give voters influence in selecting candidates for the general election.

Pennsylvania lawmakers are again trying to move up the state's presidential primary.

The state Senate on Tuesday unanimously passed a bill that would move the presidential primary up by five weeks, to the third Tuesday in March. It would coincide with the primaries in Florida, Illinois, Ohio and Arizona, which occur early enough to influence of the race, despite falling after Super Tuesday.

Pennsylvania's presidential primary currently falls on the fourth Tuesday in April. If made law, it would take effect with the 2024 primary. It would not impact primary elections in non-presidential election years, which are held on the third Tuesday in May.

"In most presidential elections, the outcome is largely decided before our voters have a chance to cast their vote," Republican Sen. John Gordner, the bill's primary sponsor, wrote in an memorandum.

The bill now heads to the House of Representatives, but it has not been discussed by the House's Republican caucus, according to the Associated Press.

The Senate passed an identical bill last year, but it failed to pass in the House.

During discussions of that bill, Gordner noted that Pennsylvania moved up its primary in 2000 to the first Tuesday in April. He said it "went fine" and that legislators asked that a study examine the impact of having an earlier primary.

"That report suggested strongly that we ought to move our primary up to make sure that such a large state as Pennsylvania played a large role in regard to electing the presidential nominees," Gordner said.

The bill would move Pennsylvania's primary to the earliest date possible without incurring penalties from the Democratic and Republican national committees, according to PennLive. Moving it any earlier would result in the loss of voting national convention delegates.

The bill's proponents argue that the presidential primary outcome is usually decided by the time Pennsylvania voters head to the polls due to its late position on the primary calendar.

In 2020, Pennsylvania's primary was postponed by two months due to concerns about the COVID-19 pandemic. It did not occur until June 2 and featured just two Democratic candidates on the ballot, including one who had suspended his campaign months beforehand.

By comparison, the Arizona primary, held in March, featured three Democratic candidates on the ballot. Several others had withdrawn their candidacies during the state's early voting period.