Philly's Black homeownership has been steadily declining, solutions to structural barriers could help 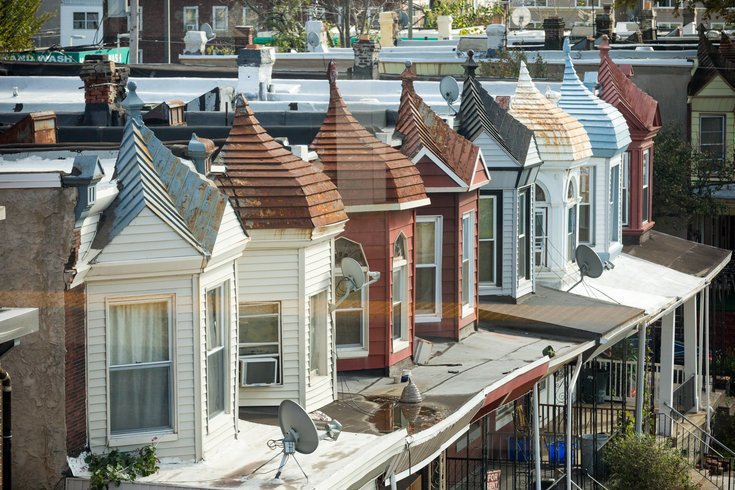 A new report from the Federal Reserve Bank of Philadelphia found a steady decline in Black homeownership, largely caused by racial disparities in mortgage lending. Despite a smaller homeownership gap across Philadelphia compared to the nation as a whole, little has been done to close the gap.

The Black homeownership rate is steadily declining in Philadelphia, largely brought on by disparities in mortgage lending. This is despite the cities racial homeownership gap being smaller than that of the country as a whole, according to a new report from the Federal Reserve Bank of Philadelphia.

Researchers there found that Black residents were nearly 3 times more likely to be denied a mortgage than white residents.

Tracking the history of mortgage lending by race and income level across Philadelphia, they discovered that little has been done to close the gap over the last 30 years.

Homeownership in the city – and across the country – has been plagued with racial bias for decades, and from redlining to displacement, Black residents' homeownership rates have consistently lagged behind that of whites.

Released on Monday, the report offered some hints as to how and why Black homeownership is on the decline, and what work can be done to stop it.

As a result of the disparities in mortgage lending, Black Philadelphians have "been less able to build household wealth through homeownership and realize other social and economic benefits from homeownership. This gap was partly the legacy of historical discrimination, but even today, Black residents still face social, economic, and financial barriers to homeownership," according to the brief.

The report claims that Philly's racial homeownership gap has its origins in the 1960s, where white flight left the city's large stock of single-family homes cheaper for working-class families to purchase.

Over the next 30 years, policy changes and low-cost housing made homeownership a larger possibility for middle-class Black families across the city, resulting in a 13% increase in Black homeownership and bringing the housing gap between Black and white residents within 10% of one another by 1990.

However, the next three decades told a different story. The homeownership rate for both groups has been declining, so much so that "in 2019, the Black-White homeownership gap was slightly larger than it was 30 years ago," reversing a decades-long trend.

The housing market crash and subsequent economic recession in 2007 and 2008 disproportionately impacted Black families, who were more likely than white residents to hold a subprime mortgage. This resulted in a larger number of foreclosures in majority-Black communities.

By 2010, the Black homeownership rate dropped below 50% for the first time since 1970, and has steadily declined each year since then.

Housing affordability is a citywide issue, with some early-stage initiatives by local lawmakers and nonprofit organizations taken to increase access to housing even as the city continues to develop and communities see increases in property values. The report claims that an expansion in affordable housing would disproportionally benefit low-income residents.

And although redlining practices were made illegal through the Fair Housing Act of 1968, redlined neighborhoods continue to struggle financially, even as Philadelphia's neighborhoods shift and change with increased gentrification. The report notes that, according to the research, it seems that Black residents in these previously redlined communities still have trouble accessing mortgage credit to purchase homes.

The report notes that Fannie Mae's recent decision to allow rental history to be considered on mortgage applications would benefit Black homeowners, particularly those who are experiencing trouble accessing a mortgage because of credit-based denial.

Identifying solutions to structural barriers in accessing housing across the city could also increase the rate of Black homeownership.