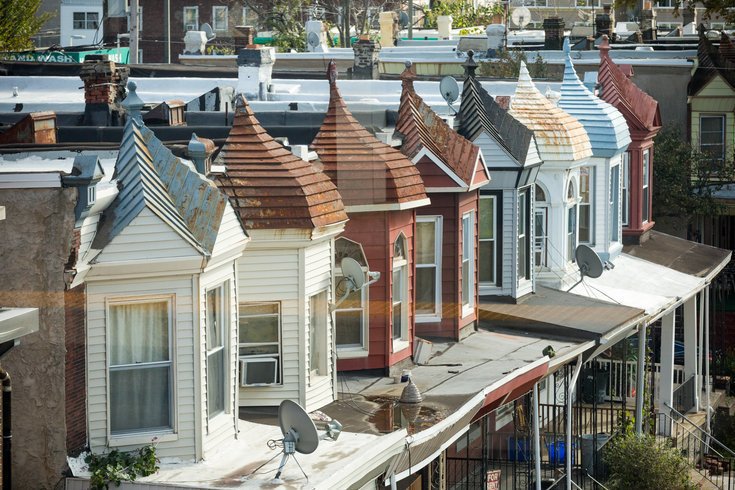 Seventy percent of the rental units in Philadelphia's Third Councilmanic District cost more than $750 per month – but only 35% of the district's renters can afford them.

That was one of the main takeaways from an affordable housing study released Wednesday by Councilmember Jamie Gauthier. She wants its findings to inform future policy decisions and highlight the housing crisis in her district, which includes portions of Southwest and West Philly.

The study's findings paint a much bleaker picture for housing affordability than previous analyses have shown. The district has experienced significant gentrification in the neighborhoods west of University City during the last two decades.

"This study affirms what housing advocates and members of our community already knew to be true: that affordable housing is increasingly out of reach for a growing proportion of Third District residents," Gauthier said in a release. "The findings of this study … allow us to pinpoint locations in the district where displacement is imminent and affordable housing interventions are most urgently needed."

It also showed that 43% of the area's households are cost-burdened and spend more than 30% of their income on housing expenses — figures that predate the COVID-19 pandemic.

This is largely driven by low incomes in the area. Around 85% of cost-burdened renters earn less than 50% of the Philadelphia area median income. The average family of three makes $35,000 per year.

It would take $15.6 million each month to eliminate cost burdens for all renter households in the district through additional income or subsidies — a cost that is expected to grow due to the widespread unemployment caused by the pandemic.

The Philadelphia Housing Authority established an eviction moratorium to protect thousands of renters from being booted from their homes. It extends to March, but renters are still required to pay any missed bills or fees.

Additionally, there are 7,904 subsidized units in the district, meeting just 25% of the demand, the study found. These units are priced using the region's annual median income of $87,400 — meaning these units are only affordable to households earning twice the average income in the third district.

The study included a housing market report that pulls public data to provide indicators on the housing market and a strategic planning tool that allows planners, advocates, developers and residents to understand the relationship between housing costs and affordable housing resources.

The strategic planning tool is an interactive dashboard that identifies places where affordable housing could alleviate the cost pressures. It shows where rent-burdened households live throughout the district, and where subsidized affordable housing is located.

It also shows where the greatest needs are so stakeholders can provide affordable housing resources where they are most needed.

The months-long study was a collaboration between Gauthier's office, Urban Spatial and Reinvestment Fund.

"The COVID-19 pandemic has shined a spotlight on the importance of housing stability while at the same time exacerbating some of the trends that we've long struggled with in Philadelphia, such as income inequality and an inadequate supply of low-cost housing options," said Emily Dowdall, policy director at the Reinvestment Fund.

"This report and tool can help ground decisions about how to use limited public resources in data in order to build the Third District so many residents want to see — where neighborhoods can thrive and grow without losing longtime residents and where no one has to make a choice between paying for housing and other essentials."

The housing crisis is not limited to just Southwest and West Philadelphia. The Philadelphia Housing Authority announced last month that it would build 240 properties on affordable development in Northeast Philadelphia.