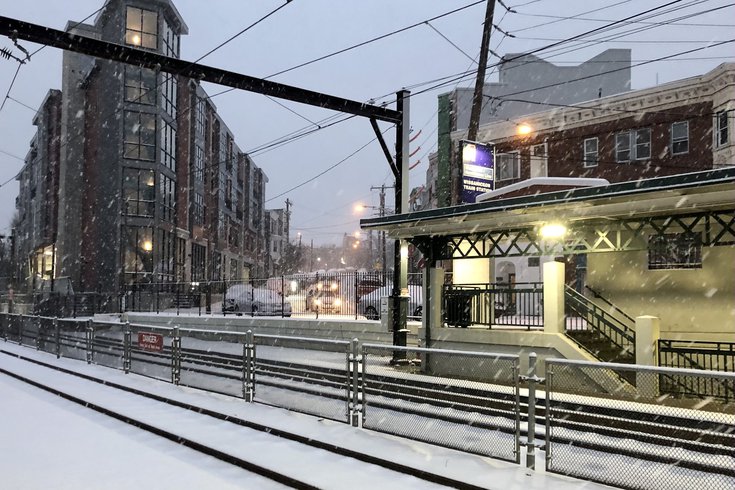 Snow covers the tracks and train platforms at SEPTA's Wissahickon Station in Roxborough on Wednesday. Regional rail trains were still operating Wednesday evening, SEPTA officials said, but that could be affected by accumulating snow and winds.

The first major snowstorm Philadelphia has seen in nearly two years had dumped several inches of snow across the region by Wednesday evening, forcing SEPTA to alter its transit schedule.

SEPTA is encouraging people to use public transportation, saying it will make every effort to continue normal bus service. Regional rail trains are still operating but could be affected by accumulating snow and winds.

The overnight maintenance closure of the Center City trolley tunnel – serving routes 10, 11, 13, 34 and 36 – will be temporarily canceled into Thursday morning.

The National Weather Service reported 4.1 inches had fallen at its Mount Holly, New Jersey office by 6 p.m. Snow is falling at 2-to-3 inches per hour.

A winter storm warning remains in effect until 10 a.m. Thursday.

Philadelphia's Office of Emergency Management is urging people to stay off the roads as the snow continues to fall and warning of slippery roads as the precipitation turns to sleet overnight. 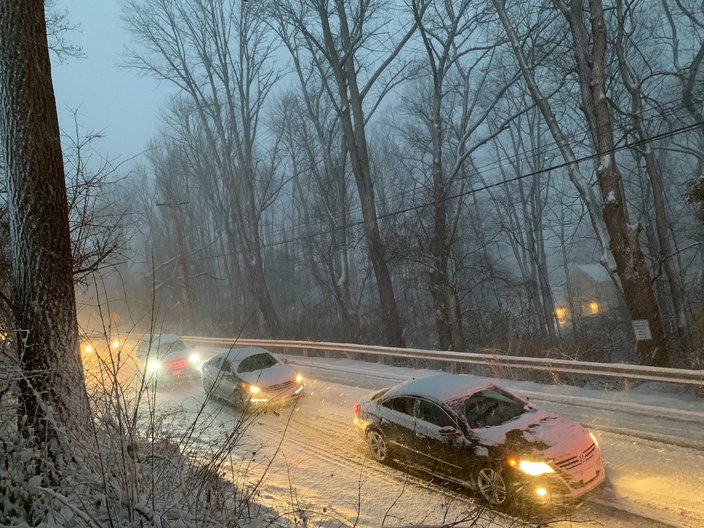 Motorists travel through Delaware County during the first major snowstorm the Philadelphia region has seen in nearly two years.

PennDOT enacted Level 3 vehicle restrictions which order larger vehicles, like loaded trucks, to stay off the road. Transportation officials advised drivers to be careful of changing weather conditions. A map of PennDOT's latest restrictions can be found here.

Residents shared pictures of the snow as it arrived in the region Wednesday. Take a look below. 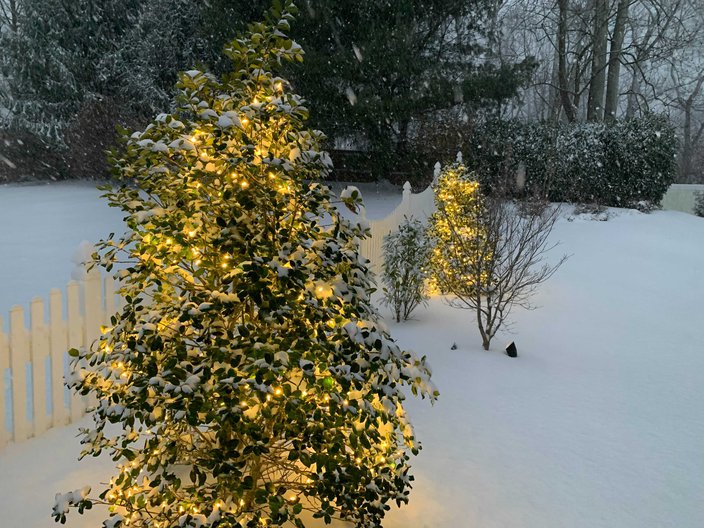 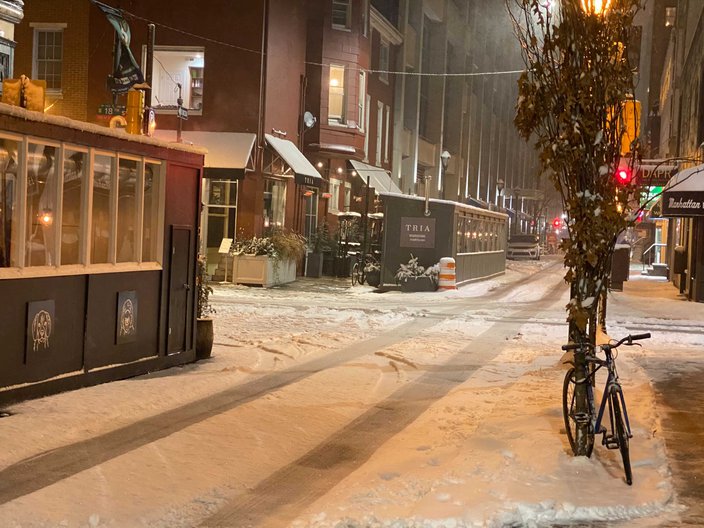 Philadelphia officials urged people to avoid driving as snow made the city's roadways a slippery mess. 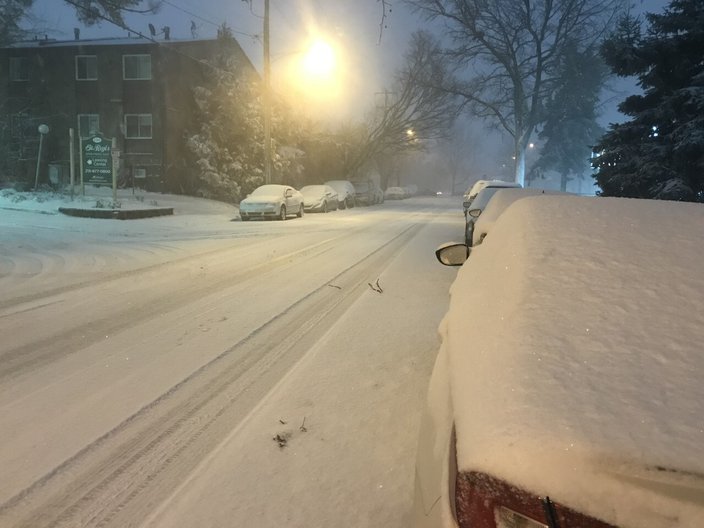 Snow covers a roadway in Northeast Philly. Precipitation is expected to turn to sleet overnight.

The snow is falling in Delco #Snow #Philadelphia pic.twitter.com/NfkRq86Flh

I made a tiny snowman waving their arms around on the fire escape. ☃️ #snowman #philadelphia #snowstorm #fireescape pic.twitter.com/LUzXSpcfw5