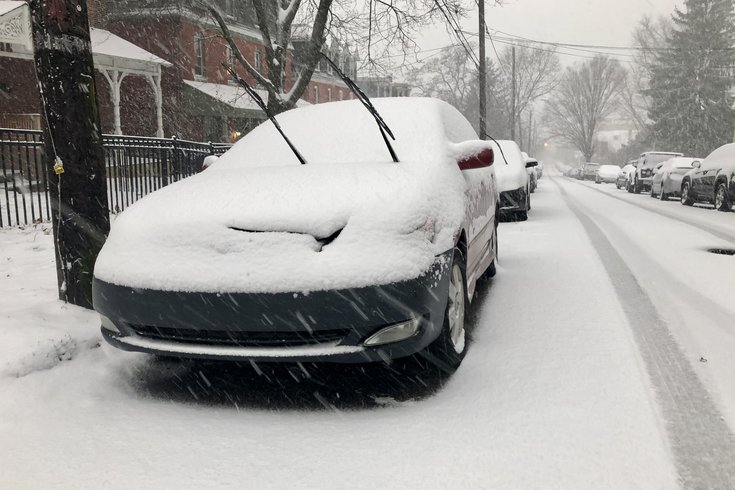 Fresh snow covers a car parked on Sumac Street in Wissahickon on Wednesday.

Over six inches of snow fell in parts of Philly, Delaware County and South Jersey — specifically Burlington and Camden counties, according to the National Weather Service.

Parts of Bucks County saw eight inches of snow, while areas of both Montgomery and Chester counties saw close to nine inches of snow accumulation.

There had been 78 reported power outages by PSE&G, PECO and Atlantic City Electric as of Thursday morning, affecting roughly 1,000 customers across the Philly region.

With the snowstorm having completed, the cleanup process was in full swing on Thursday. Crews had begun plowing and clearing snow off roads across the Philly region.

Partners from @PhilaStreets out early for salting and plowing operations on roadways. If travel is necessary, please use caution on sidewalks and streets and maintain a safe driving distance. Please help our streets department: Don’t shovel snow into the street. Thank you! pic.twitter.com/HqyMXfa3ZE

Residents who needed to travel, whether by car or by public transportation, were urged to be cautious while navigating the conditions.

As a result of the winter storm, trash and recycling collections will not take place in Philly on Thursday. Pickups will resume on Friday and Saturday, the Streets Department announced.

Nine more families will buy their homes here in 2021! 🔐 pic.twitter.com/I4Pj0RzOQ1 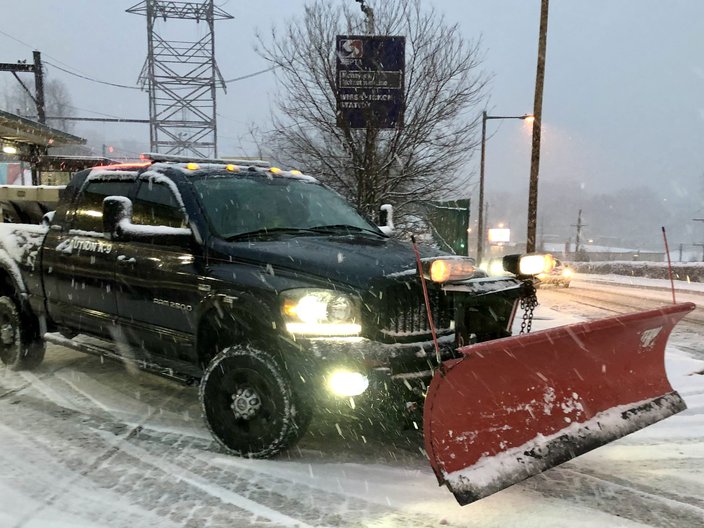 A pickup truck with a snow plow exits onto Ridge Avenue from the parking lot at Wissahickon Station in Roxborough. 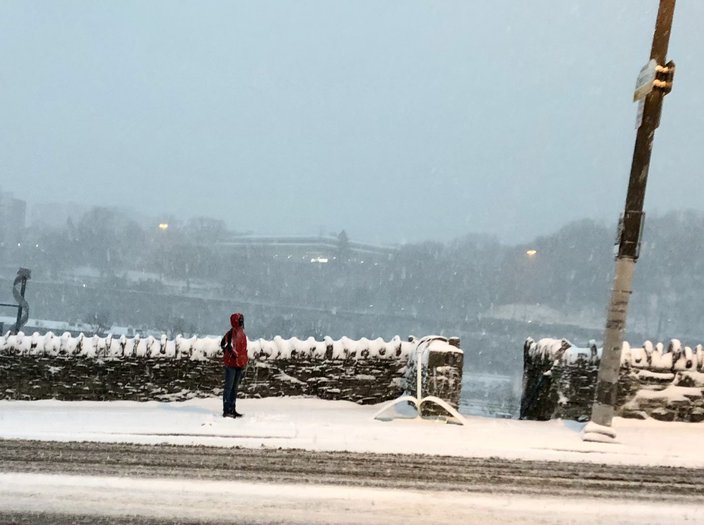 A person waits in the snow for a SEPTA bus on Ridge Avenue in Wissahickon on Wednesday.