This is the 'largest, single investment' ever made in Philadelphia's neighborhoods, President Darrell Clarke says 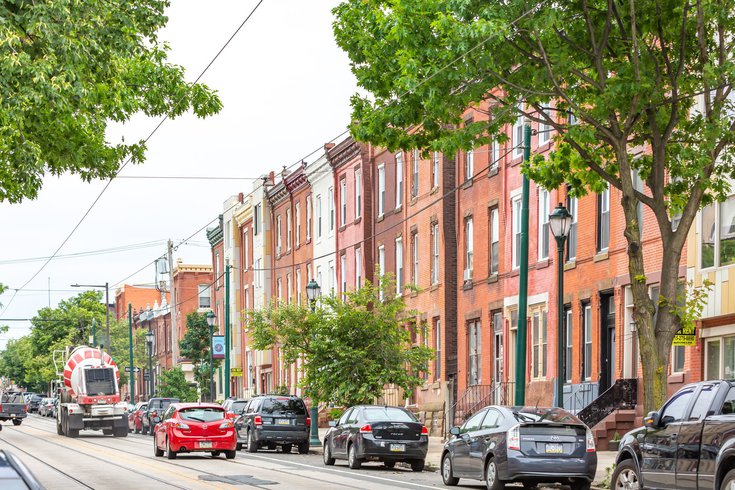 The Neighborhood Preservation Initiative will allocate $177.6 million in programs dedicated to affordable housing production and preservation, according to a distribution breakdown released by City Council.

Philadelphia's Neighborhood Preservation Initiative will invest the majority of its $400 million in programs that support affordable housing production and preservation, first-time home buyers and home repairs.

City Councilmembers outlined the way the funds will be distributed during a press conference in Northwest Philadelphia on Wednesday. Formal legislation will be introduced Friday, Council President Darrell Clarke said.

Clarke and Councilmembers Helen Gym and Jaime Gauthier detailed the next steps while gathered in front of Gilben's Bakery and Specialty Sandwich Shop in West Oak Lane.

"This is going to be the largest, single investment in Philadelphia neighborhoods in city history," Clarke said. "For decades, neighborhoods like Juniata Park, West Oak Lane, Wynnefield and others didn't need much support, as they were relatively stable. But a variety of economic factors have caused decline in our neighborhoods — and they need the city's help and support."

The funding comes from tax-exempt and taxable bonds that will generate $400 million over four years. The city estimates the initiative will result in $2.5 billion of economic activity in that period.

Crystal Bradley, owner of Gilben's Bakery and Specialty Sandwich Shop, said she was grateful the city was investing in neighborhood revitalization efforts.

"Thanks to the city, our storefront and sidewalk are clean and orderly, and our signage is attractive to our customers," Bradley said. "It makes them feel comfortable to come and shop here. I'm very glad to hear the city plans to invest in commercial corridor revitalization all across Philadelphia."

The funds also are slated to be distributed among proven programs like the Basic Systems Repair Program , a repair service specializing in heaters, roofs and windows, and the Adaptive Modification Program, which provides free adaptations to houses or apartments — like handrails in the bathroom or wider doors for people who use wheelchairs

This morning, I’m joining colleagues in West Oak Lane to announce the funding plan for our $400 million Neighborhood Preservation Initiative — a historic investment in affordable housing, small businesses, and our communities. pic.twitter.com/BzPRRZWXlE

Clarke said the money doesn't come with the typical restrictions that federal funding requires, WHYY reported. By using bonds, the city can fund areas and programs that wouldn't normally benefit from federal and state funding.

However, the city must pay interest on the bond proceeds, so city officials want to spend the money as quickly as possible.

"We're looking to spend this much money in a four-year period," Clarke said. "This is our projected timeline, which means we have to put in place the mechanics and eliminate the bureaucracy that traditionally causes projects to go relatively slowly."