Gov. Tom Wolf urges residents to stay at home as snow piles up across the state 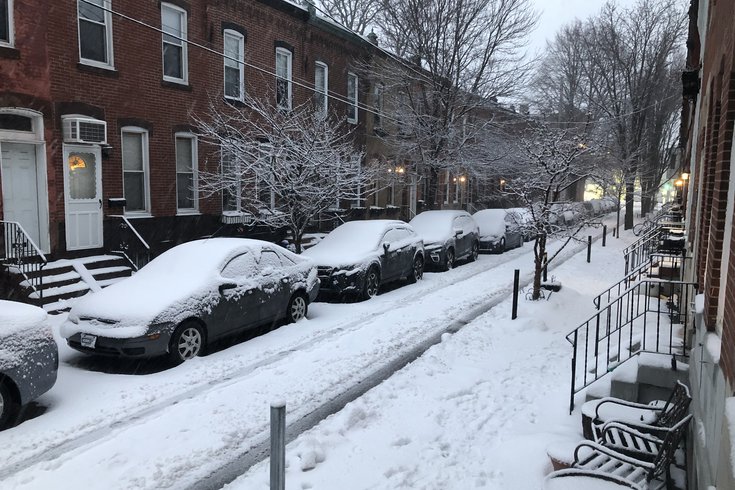 A no'reaster is bringing heavy snowfall across Pennsylvania, prompting officials to warn residents about the dangers of the storm.

The nor'easter sweeping across Pennsylvania led to at least four deaths Monday, including an Allentown woman who died Monday after she wandered from her home during the snowstorm.

Patricia Becker, a 67-year-old woman who suffered from Alzheimer's disease was found dead in the street around 9:30 a.m. about four blocks from her residence, The Morning Call reported. The Lehigh County Coroner's Office determined she died of hypothermia and ruled her death accidental.

In Luzerne County, prosecutors said a husband and wife were fatally shot and left in the street outside their home in Plains Township. Neighbors reported hearing about a dozen gunshots around 9:30 a.m., according to ABC27 in Harrisburg.

The body of the shooter was later found inside a nearby residence. He apparently died of a self-inflicted gunshot wound.

District Attorney Stefanie Salvantis said that the shooting appears to have stemmed from a long-running feud between neighbors that escalated during a "disagreement over snow disposal," ABC News reported.

The victims were not immediately identified.

Amid the ongoing snowstorm, Pennsylvania Gov. Tom Wolf has urged residents to remain at home unless required to travel. Parts of northeastern Pennsylvania are expected to see up to two feet of snow by the time the storm passes Tuesday afternoon. Philadelphia, where a snow emergency has been in effect since Sunday, could see 8 to 12 inches.