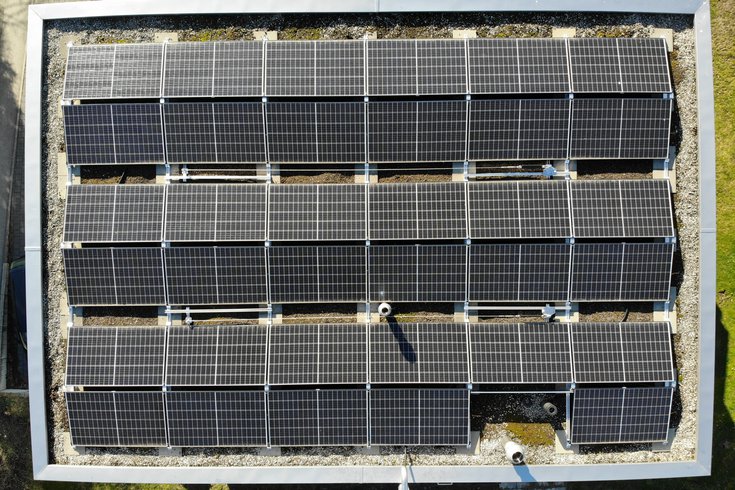 The Pennsylvania PULSE initiative will encompass solar arrays in six counties, a 191-megawatt project that is expected to deliver 361,000 megawatt-hours of electricity per year. That's about half the electricity used by state government.

Pennsylvania will soon embark on a solar energy project that will provide nearly half of the state government's electricity needs, the largest initiative of its kind in the United States.

Together, these facilities will deliver 361,000 megawatt hours of electricity each year, enough to supply 100% of electricity for 434 accounts across 16 state agencies.

“Pennsylvania has been a national energy leader for more than one hundred years. As we continue to diversify our grid with clean renewable sources of energy, we want to maintain Pennsylvania’s leadership position and bring the associated economic, health and environmental benefits to all Pennsylvanians," Wolf said, calling the initiative a key piece of his GreenGov plan to increase sustainable governance and reduce greenhouse gas emissions.

The state has contracted with Constellation, an electric generation supplier, to secure a 15-year fixed-price supply agreement. The solar arrays will be built, owned and operated by London-based Lightsource bp, Europe's largest solar developer, and will create more than 400 jobs in the locations selected for the installations.

Officials said the project will lower carbon dioxide emissions statewide by 157,800 metric tons each year, which is the equivalent of emissions from nearly 27,000 homes or taking 34,000 cars off the roads.

“Reducing greenhouse gas emissions is crucial to slowing climate change and protecting our health and safety, environment, and economy,” said Pennsylvania DEP Secretary Patrick McDonnell. “With over 85 percent of Pennsylvania’s greenhouse gas emissions coming from energy production and use, pursuing clean energy and energy efficiency at the enterprise scale, as the state government solar procurement demonstrates, will make a big impact. At the same time, research shows the clean energy sector is a leading creator of quality jobs in Pennsylvania, bringing positive economic impacts as well.”

The Wolf administration touted the project as another step toward its goal of reducing Pennsylvania’s greenhouse gas emissions 26% by 2025 and 80% by 2050 compared with 2005 levels.

The state's Climate Impacts Assessment in 2020 documents that Pennsylvania’s average state temperature has climbed nearly 2° F since 1901, while the state's average annual rainfall has increased about 10% since then. By 2050, the state projects that every county will be 4.9° F hotter than in 2000 and rainfall will increase 8-12% unless greenhouse gas emissions are reduced.