Study illustrates the ongoing disparities in wages between the sexes; Temple professor says the childcare burden is among the factors 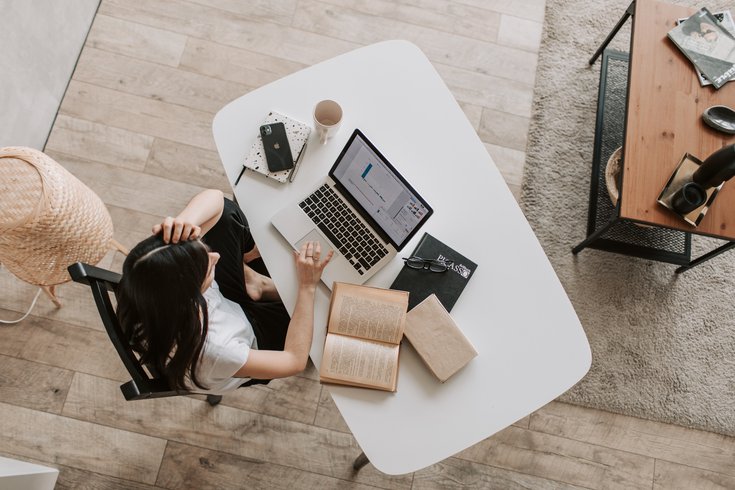 Temple professor Judith A. Levine says the burden of childcare and that women often work in lower-paying industries are among the leading reasons for the wage gap between men and women.

It's hard to believe that a significant wage gap between women and men still exists in 2021. More women than men attend four-year universities, women make up half of the workforce and it's been more than a decade since the passage of the Equal Pay Act.

Yet, data shows women are still earning less than men on average.

Women of color are most impacted by the wage gap. Nationally, Black women earn an average of 37% less than what white men earn in a year, according to the American Association of University Women.

In Pennsylvania, women earn 21% less than men on average, and in New Jersey the gender wage difference is 20%.

Judith A. Levine, a poverty scholar and associate professor of sociology at Temple University, explained in a Q&A published Wednesday on the college's website that the burden of childcare and women working in lower-paying industries are among the leading reasons for the wage gap.

More women enter career fields like teaching and social work compared to men, which can impact annual earnings. However, there are wage disparities even among women and men working in the same fields.

"There’s also a fair amount of pay gap within occupations; in fact men earn more money than women in almost every occupation, even in women-dominated occupations," Levine said.

Out of the 50 states and the District of Columbia, Pennsylvania ranked 32nd and New Jersey ranked 21st.

Within the same field, men also tend to get higher paying jobs. This is known as the glass ceiling. In corporate America, the highest paid senior executive women earned 16% less than their male counterparts, ABC reported.

The National Committee on Pay Equity established Equal Pay Day to bring awareness to the gender wage gap and show how far into the year women must work to earn what men earned the previous year. For 2021, Equal Pay Day is March 24. Black women have to work until Aug. 3 and Latinas until Oct. 21 to earn what white men made.

Researchers have tried to calculate the wage gap for trans women and members of the LGBTQ community, though data is limited and not all data sets and earnings information include those metrics.

Temple's Levine said paid family leave and systematic childcare – which would provide care options for families until their children reach school age – are likely the best policy changes that would support closing the wage gap.

"We also need to adjust our idea of what is 'valuable' work and the pay rate attached to that," she said. "Nurturing professions characterized by hands-on interactions with clients (social workers, teachers, home health aides, etc.) are considered less important."

The COVID-19 pandemic disproportionately impacted women in the workforce as they balance all-day childcare with their work-from-home careers. A survey from Boston Consulting Group showed that mothers were doing 15 additional hours of childcare a week compared to fathers during the pandemic.