Pennsylvania woman dies in drowning off coast of Dominican Republic 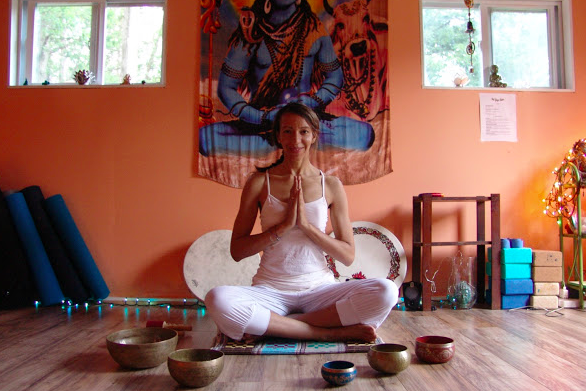 Surely Miller, 42, of Slatington, Pennsylvania, died while swimming off the coast of the Dominican Republic on June 11, 2019. Miller, who owned a yoga studio in the Lehigh Valley, is one of several American tourists who have died on the Caribbean Island in recent weeks.

The series of tragic events in the Dominican Republic continued Wednesday with the death of a Pennsylvania woman who drowned off the coast of the Caribbean island, according to multiple reports.

Surely Miller, a 42-year-old yoga teacher and mother of three, was found by a local fisherman on Wednesday after she disappeared off the coast of Cabarete the day before, the New York Post reported via local outlet Dominican Today.

Officials said Miller went for a swim near the coastal province of Puerto Plata and was pulled away by a rip current. Her body was found more than two miles away.

Miller owned a yoga studio called Surely Yoga in Slatington, Lehigh County, according to a bio at her website. She had previously studied in the Dominican Republic and developed her practice at other locations including New York, Miami, Orlando and Mexico.

Tribe Yoga, another studio where Miller taught, mourned her death on Wednesday and held an evening session in her memory.

Eight American tourists have died in the Dominican Republic in recent weeks, while several others have been sickened or victimized in attacks.

Miller is the third Pennsylvania woman to die in the country in the past year.

Miranda Schaup-Werner, a 41-year-old psychotherapist from Allentown, died of a heart attack last month after taking a drink from the minibar at the Luxury Bahia Principe Bouganville hotel in the city of La Romana. Five days later, a Maryland couple died at the same resort. An autopsy determined Schaup-Werner and the couple all died of respiratory failure and pulmonary edema.

In the wake of the cases in La Romana, the sister of 51-year-old Glenside resident Yvette Monique Sport came forward to say Sport died at another Bahia Principe hotel in Punta Cana in June 2018. She too had a heart attack after drinking from the hotel minibar, according to NBC10.

A Philadelphia couple also spoke out this week about becoming sick during a June 2018 stay at the Grand Bahia Principe hotel.

Miller's friends and family have launched a GoFundMe campaign to help support her three sons.