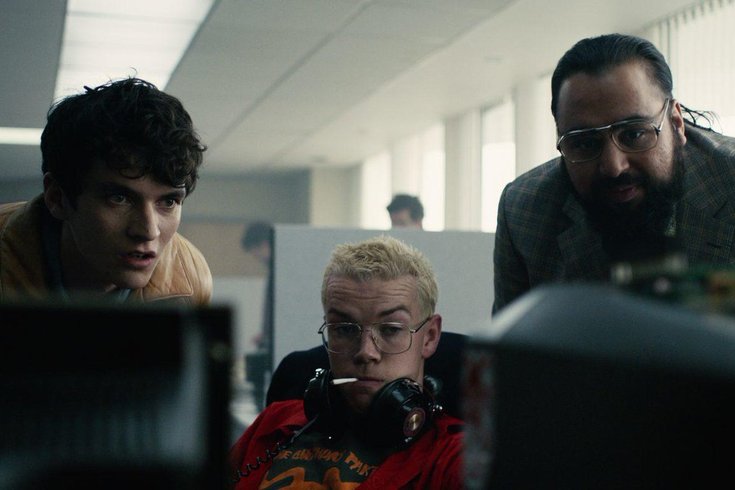 Binging a show is one thing, but interacting with it and creating your character's fate is a whole new kind of experience that people are losing sleep over. "Black Mirror: Bandersnatch" on Netflix takes it there.

The episode is set in 1984 and centers around a young programmer named Stefan Butler, played by Finn Whitehead. Butler is hired by Tuckersoft to develop a new video game called “Bandersnatch” that is actually based on a choose-your-own-adventure novel. But as he tries to create the game he slowly begins to lose his mind and it’s the choices the viewer makes that determines his fate.

With so many different options and routes to choose there’s so many ways the story can go. There are five hours of recorded footage. In fact, making one interactive episode was the equivalent of making four separate "Black Mirror" episodes. It actually took so long to create this episode that it pushed the production for season 5 back a little bit. What's more, director David Slade mentioned there’s a scene that he still hasn’t found yet.

But people aren’t just obsessing over the different options, but also in discovering what’s been deemed as “golden eggs,” which includes a link to actually play one of Colin Ritman’s, a pivotal character in the show, video games, "Nohzdyve."

People are obsessing on the possibilities, slowly losing their minds to the experience as many people are up for hours picking and choosing the interactive mind field the show has designed. It generally takes at least 90 minutes, but many people play for hours on end. People have even taken to diagraming and creating flow charts that show the choices you can take and where they will lead you within the episode.

The show has five main different possible endings that all begin with you choosing between two types of cereal. Frosties or Sugar Puffs? Supposedly, the cereal is the easiest choice you will have to make out of all of them, but the consequences in your decisions take off from there.

Black Mirror: Bandersnatch- “this will be an interactive film you will select options at the bottom of the screen.”

These choices are really difficult for some people to deal with. There's an option where Stefan asks who's controlling him, and the viewer can answer.

Me when Stefan asks who’s controlling him. #Bandersnatch pic.twitter.com/TdlmIgWRu5

Some people just wanted Stefan to be happy.

me playing bandersnatch and trying to make stefan happy and healthy but getting progressively worse endings: pic.twitter.com/VkdllW8SXq

Others just want to give the creators a little taste of their own medicine.

Been invited to a #Bandersnatch press interview.
Tempted to turn up with my own version.
"Chicken or fish?"
"In what context?"
"CHICKEN. OR. FISH."
"Er"
"5 SECONDS"
"OK, fish"
"WRONG. Go back and choose chicken."
"Chic...ken?"
"You've killed everyone you ever loved"

The streaming giant has created interactive shows for kids, but this is Netflix’s first interactive episode for adults. "Black Mirror" season 5 will be back sometime in 2019. Until then you can re-watch and re-choose your options for "Bandersnatch."