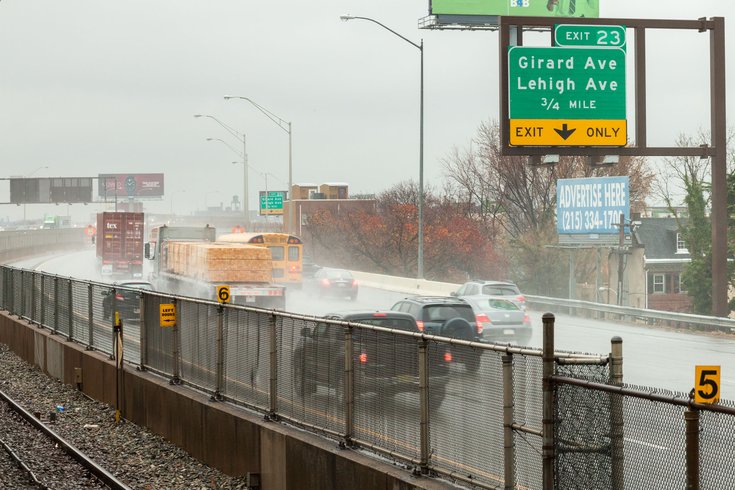 A man was taken into custody on Monday afternoon following a police chase heading the wrong way on I-95 North from Philadelphia International Airport, police said.

Authorities said the chase began around 3 p.m. when the driver of a black Ford was stopped in the running lanes of Departure Road by the West Terminal of the airport.

When police blew their horn, the driver allegedly jumped a median and struck two other vehicles before continue south on the northbound lanes of I-95. The driver then struck a third vehicle head-on, according to police.

Video of the ensuing chase showed the Ford driving the wrong way in one shoulder and a police vehicle following alongside across the highway in the other shoulder.

Investigators said the 41-year-old driver, who was not identified, was eventually taken into custody by Pennsylvania State Police. He was taken to Crozier Chester Medical Center and listed in stable condition.

Injuries to the victims in the three other vehicles were not immediately known.