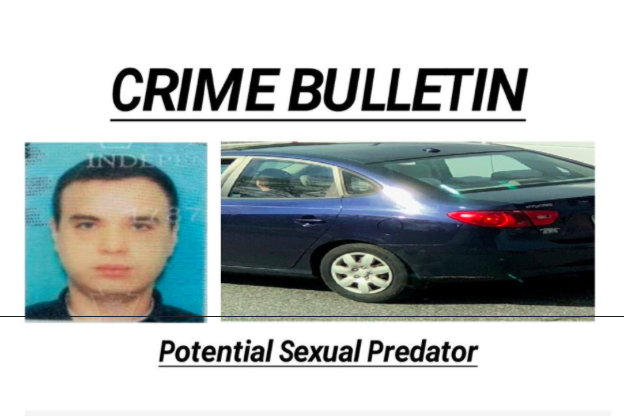 The photo show a man Philadelphia police suspect of being a sexual predator in Northeast Philadelphia and Bensalem.

Philadelphia police are searching for a man who they believe may be a sexual predator stalking schools, businesses and private homes in the city and neighboring Bensalem.

Philadelphia's 8th Police District, which covers the Northeast, posted a photo of a male suspect who allegedly exposed his genitals and pleasured himself in public on multiple occasions, according to authorities.

Please stay observant around schools during opening and dismissal hours. Male has also been observed driving around several neighborhoods within the 8th District.. PLEASE DO NOT APPROACH.. Contact 911 immediately if observed... pic.twitter.com/jIA7aGnCWI

"The male was arrested in Bensalem Township but his bail has since been posted and he was released," Philadelphia police said.

Investigators described the suspect as a 30-year-old man who has been driving a blue Hyundai Elantra. He's about 5'9" with grey eyes, police said.

Anyone who sees this man or his car on school property in Philadelphia or engaging in lewd behavior is urged to avoid him and call 911 immediately.