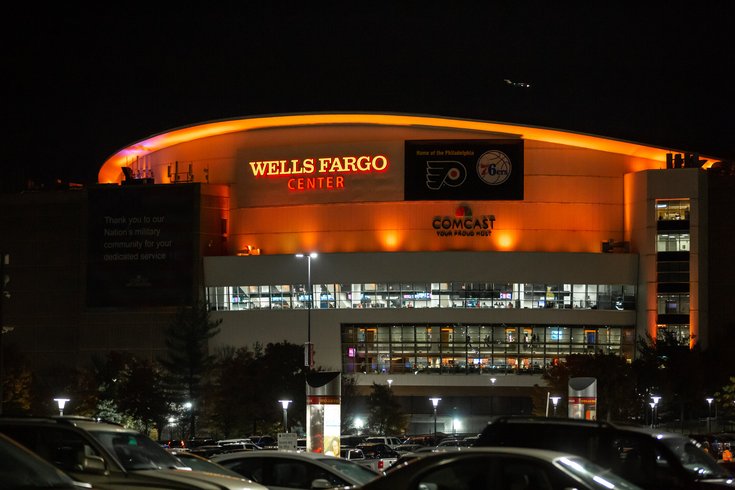 Philadelphia police are searching for the driver in a hit-and-run crash that injured a pedestrian at the Wells Fargo Center on Saturday night after the Sixers-Hornets game.

Video of the incident, posted to Twitter on Saturday night, shows a Chevy Tahoe slamming into a man who was standing in a lane of the stadium parking lot.

(Warning: The video below is graphic)

This guy got hit at the @WellsFargoCtr last night and the driver fled the scene. It was a hit and run and the @PhillyPolice won’t do anything about it because we didn’t call last night because the security at the CENTER told him to wait until the morning. RT to get the word out!! pic.twitter.com/CPtD0Y2KYG

Onlookers shouted for someone to take down the driver's license plate number, a New Jersey tag that was identified as F22JKP by the woman who shared the video.

"We will 100 percent investigate this incident," Philadelphia police responded to the tweet.

In follow-up tweets, the woman who shared the video claimed there was a dispute before the car rammed into the victim and drove away.

Lol @ everyone commenting on this video. You weren’t there. You definitely don’t know the situation. There was a fight happening, involving the guy in the car. He wasn’t just standing in the middle of traffic. Regardless the guy hit him and drove away, ya’ll be some heartless ppl

The status of the victim and the extent of his injuries were not immediately clear, but CBS Philly reported the man suffered only minor injuries. Police did not have any additional information about the incident on Tuesday morning.