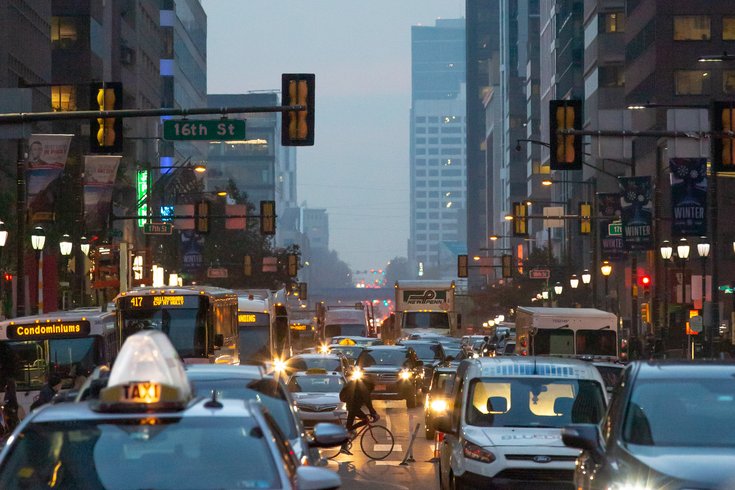 That haze many of you saw in Philadelphia on Monday was actually smoke from the California wildfires.

As California's devastating wildfires burn through a second week of destruction, the wider atmospheric effects are beginning to show up in far flung parts of the United States, including Philadelphia.

So if you thought it was just a bit hazy this afternoon, we have a California fire smoke plume moving through. pic.twitter.com/PsYNlAWrgA

A similar haze was observed in other parts of the country as well.

Wow. I knew tonight’s sunset over New York City seemed different, and I should’ve realized! Wildfire smoke is in the air, all the way from California. Observation and map via @GarySzatkowski + my photo along the Hudson River. #NYwx pic.twitter.com/8OHxx6QNsw

Smoke from the California wildfires could carry to Dallas and the East Coast, according to a NOAA forecast. Some meteorologists in New York have reported seeing some haze. https://t.co/QBKEpEGZLf

All that haze we're seeing here today in Salt Lake City I'm told is smoke from the California wildfires! Really puts the immensity of those fires into perspective! pic.twitter.com/fRG5jjgMmf

A heavy blanket of fog still hovers over the city of Portland. Hidden in that fog is smoke and haze from the California wildfires. Our AQI is “Unhealthy for Sensitive Groups” - people with asthma, lung disease, older adults & kids. This could last through the middle of next week. pic.twitter.com/RIGK3tDZRB

Officials at the National Weather Service said it's unlikely that the haze would pose any danger or serious air quality risk on the East Coast.

The death toll in the California fires had reached 77 on Monday, with nearly 1,000 people still missing. More than 151,000 acres have burned in the Camp Fire since it began 11 days ago.

In Southern California, the Woolsey Fire has burned through about 96,000 acres, though it's now about 94 percent contained, according to the Los Angeles County Fire Department.

Rain is expected to fall in Northern California later this week, according to forecasts, and while it should help smother some of the flames, the loss of vegetation will now raise the risk of mudslides in certain high-risk parts of the state.