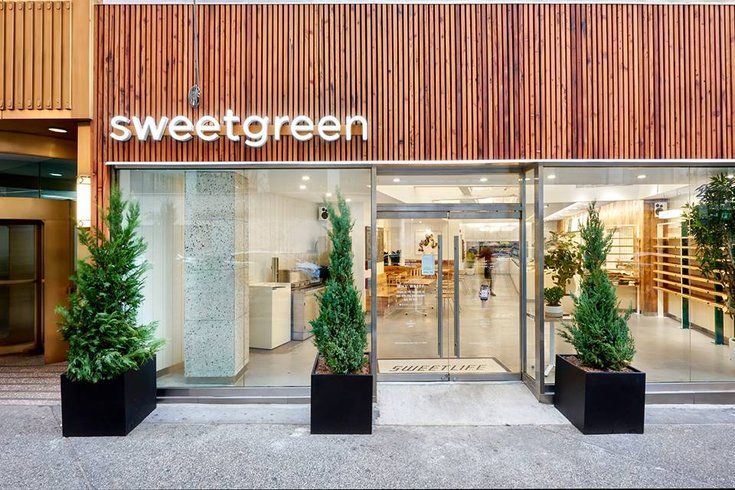 Fast-casual salad bar Sweetgreen is one of several retailers with locations in Philadelphia that do not accept cash.

Philadelphia City Council is moving forward with a proposed bill that would ban most stores from going cashless in Philadelphia.

Council approved the bill Thursday with a 12-4 vote. The bill's sponsor, Councilman Bill Greenlee, argued that cashless retail is unjust in a city with a 26 percent poverty rate, where many lower-income residents tend to use cash. A recent survey also noted that about six percent of Philadelphia's population does not have a bank account.

The bill directly impacts businesses such as Sweetgreen, the fast-casual regional chain that accepts payment only by app or card. Bluestone Lane, a cafe with two locations in Center City, is also a plastic-only establishment that would be impacted by the change. The proposed ordinance does not apply to membership-based stores such as Costco, or online retailers.

Earlier this month, the New Jersey legislature passed bills that would similarly ban cashless business in the entire state. That proposed law is awaiting the signature of Gov. Phil Murphy.

In light of the bill, Amazon reportedly is rethinking its plan to open a brick-and-mortar retail store in Philadelphia. The store would be one of 3,000 Amazon Go locations the retail giant has planned to open over the next few years.

Councilman Allan Domb, one of four council members who voted against the bill, argued the measure would potentially hurt the job market if businesses like Sweetgreen and Amazon stop bringing new locations to Philadelphia.

Councilman David Oh, who also voted against the bill, argued that the city should instead help lower income people transition to a growingly cashless economy.

The bill now awaits the signature of Mayor Jim Kenney.