Flower Show to be honored with historical marker on 190th anniversary 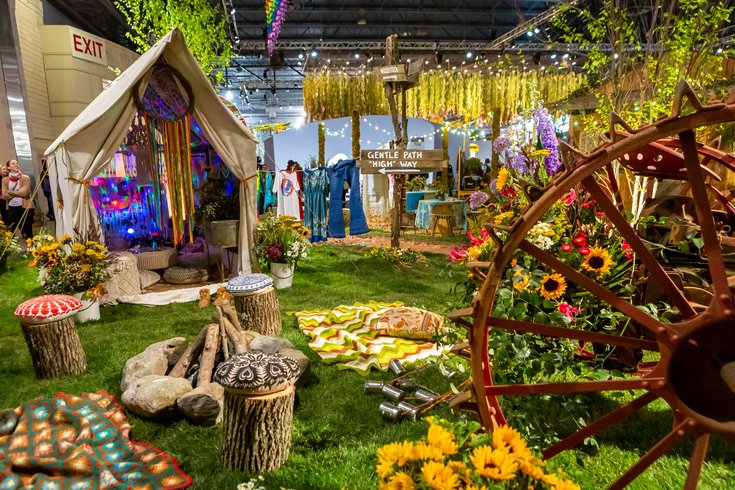 A large display near the entrance to the 2019 Philadelphia Flower Show celebrates the music and style of the 1960's.

If you attended the 2019 PHS Philadelphia Flower Show, which had a "Flower Power" theme, then you may have noticed a blue-and-gold historical marker on display, identical to the many other Pennsylvania Historical & Museum Commission plaques scattered through Philadelphia honoring the city's history.

Well, if you were like me and thought it was just an impressive prop, you were wrong. The historical marker honoring the Philadelphia Flower Show was the real deal.

On the show's 190th anniversary, June 6, it will be installed permanently at 717 Chestnut Street, where the first Philadelphia Flower Show was held in 1829. The marker will be officially unveiled at its permanent location during a ceremony at 5 p.m.

After 190 years, the show remains one of the world's largest and longest-running horticultural events. Also, fun fact, the first show introduced the Poinsettia plant to the American public.