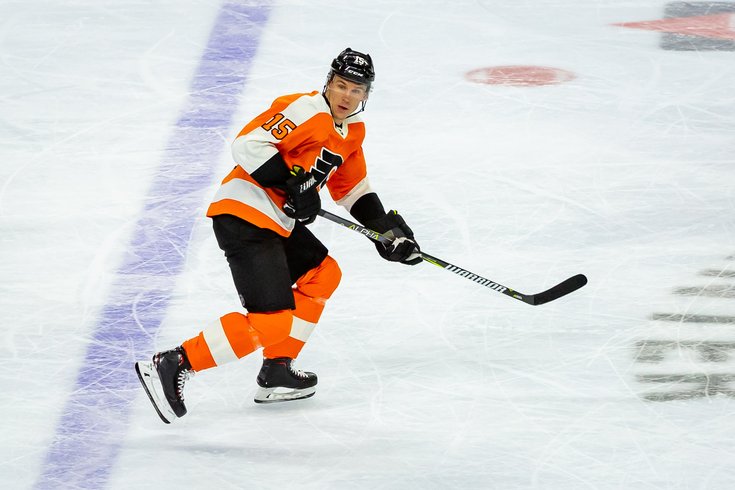 Jori Lehtera of the Philadelphia Flyers during a game against the Arizona Coyotes at the Wells Fargo Center in South Philadelphia.

Philadelphia Flyers center Jori Lehtera will reportedly face criminal prosecution in Finland over his alleged connection to a cocaine ring, according to a media report.

Finnish news station MTV reports Lehtera will be among 22 defendants in a criminal case surrounding a cottage property the NHL player owns Tampere, a city in southern Finland.

MORE FLYERS: Morganti: Carter Hart is the key to the Flyers' future

The cottage was raided over the summer at a time when Lehtera was away from the property, according to TMZ. Seven people were arrested at the time of the raid.

Lehtera, 30, has denied any involvement in the alleged cocaine ring and is reportedly not considered one of the main suspects in the case.

Flyers Jori Lehtera will be prosecuted as part of the drugs ring as per MTV News in Finland. Lehtera is one of 22 accused in the case. #NHLFlyers

Judging by the wording in the MTV story, Lehtera is not one of the main suspects...

The Flyers acquired Lehtera in 2017 as part of a package centered around Brayden Schenn. He's scored one goal and added two assists in limited time on the ice during the 2018-19 season.