Arlo Guthrie, The HillBenders to take the stage 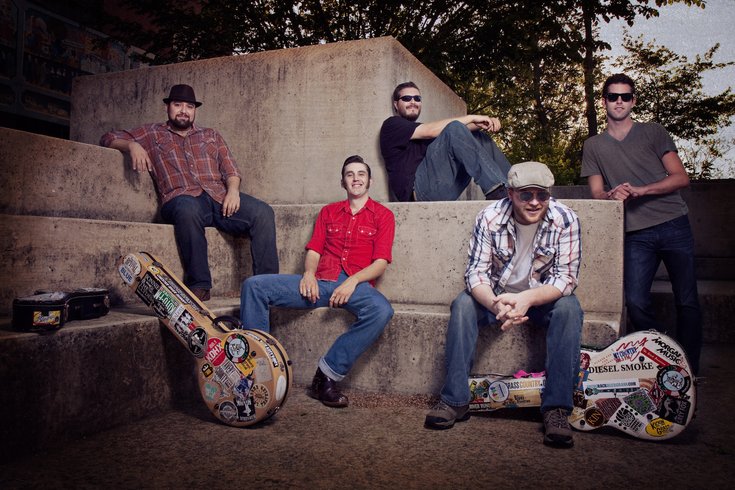 The HillBenders will play the 54th Annual Philadelphia Folk Festival.

This August marks the 54th Annual Philadelphia Folk Festival, the popular weekend-long celebration of folk music. From Thursday, Aug. 13, to Sunday, Aug. 16, a working farm in Schwenksville, Montgomery County, will turn into a mini city of folk enthusiasts and musicians.

PFF is the longest continuously-running outdoor musical festival of its kind in North America, with a legion of loyal fans. Thus, the festival isn't revealing all of its secrets or its entire lineup just yet. However, we do know that the lineup so far includes Arlo Guthrie, Madisen Ward and the Mama Bear, Shakey Graves, Tom Paxton, Cassie & Maggie MacDonald, Dave Gunning, El Caribefunk and The HillBenders. Parker Millsap, Irish Mythen, Larry Campbell and Teresa Williams, Matt Andersen, PhillyBloco and Selwyn Birchwood will be there, too.

A "Camper's Only" show will take place Thursday night and will be hosted by David Dye of World Café. It will feature the music of Low Cut Connie and Lindi Ortega. The Philly Showcase will go down Saturday afternoon on the Camp Stage, while the Kid's Corner hangs out in the Lobby Tent. Of course, PFF regulars like Gene Shay, Great Groove Band, Dennis Hangey and the Give and Take Jugglers will be in attendance.

Stay tuned for more information as the lineup is filled out and more acts are announced.