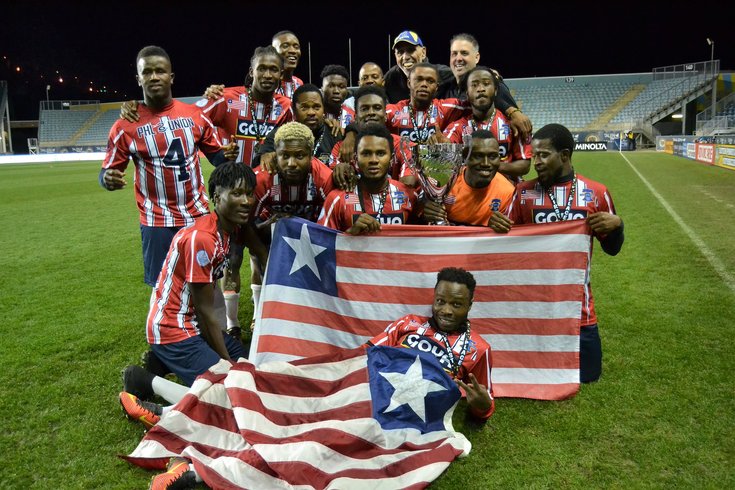 The team representing Liberia has won the past two Unity Cup soccer tournaments in Philadelphia. Thanks to a multi-million dollar investment from Rebuild, the Philadelphia Union and Eastern Pennsylvania Youth Soccer Association, they'll soon upgrade from a practice field with no goals or amenities to a 'signature' turf field in Southwest Philadelphia.

Fresh off the heels of America’s triumph in the Women’s World Cup in France, the city today announced a multi-million dollar plan to bolster local access to the sport – and send a message that Philadelphia is worthy of hosting matches in the men’s World Cup in 2026.

This afternoon, Mayor Jim Kenney and officials from the Philadelphia Union Foundation and Eastern Pennsylvania Youth Soccer Association (EPYSA) were to formally announce a $3 million, five-year plan to build two signature fields and 15 “mini-pitches” across the city.

The plan was officially announced during a 2 p.m. news conference inside City Hall featuring officials from the city, EPYSA and the Union, including team captain Alejandro Bedoya. It was preceded by a mini-pitch pop-up at LOVE Park and a Union skills-and-drills exhibition with community youth.

Both the Union and EPYSA have committed $500,000 donations over the next five years, with more than $2 million coming from the public/private Rebuilding Community Infrastructure program, better known as Rebuild, which was created with funding from the Philadelphia Beverage Tax.

One of the larger “signature pitches” is slated for a yet-to-be-selected site in Southwest Philadelphia, near areas where a large number of immigrants from African nations play the sport.

It’s not yet known where most of the 15 mini-pitches – they’ll be either tile, turf, grass or painted blacktop surfaces sized to handle pickup or organized four-versus-four matches – will be placed in the city. Capitolo Field, the South Philadelphia site which currently hosts several youth and adult soccer programs, will be the first recipient of a mini-pitch, though.

Earlier this week, Kenney specifically thanked Rebuild for helping address widespread complaints about subpar city fields, which have spurred some Philly youths to play in suburban programs with better funding and facilities.

“Philadelphians love soccer, and our hundreds of youth and adult leagues produce amazing talent and bring communities together,” he said, noting that the Union and EPSYA investment will help give more residents access to soccer and high quality fields and mini-pitches.

“I am especially excited to see these investments happening at a time when Philadelphia’s interest in soccer is peaking, thanks to our annual Unity Cup tournament and the ongoing bid for the 2026 World Cup,” the mayor said.

As far as locations for the mini-pitches, officials will decide after assessing local demand and community feedback, and conducting an internal assessment of the areas. All will be built at existing parks and recreation sites, according to Rebuild. 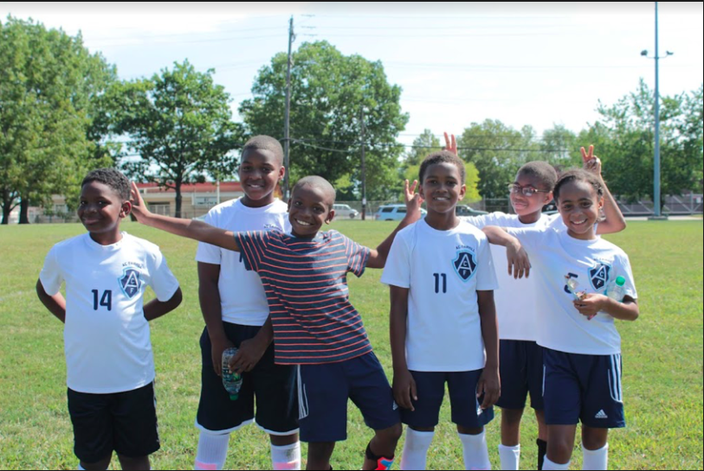 In North Philadelphia, youths are getting exposed to youth soccer courtesy of the four-year-old AC Fairhill program. It's emblematic, though not part, of a nascent regional push to reinvigorate the soccer in the city.

The field, however, suffers from severe drainage and flooding issues rendering it unusable after major rainfall.

Luis Uribe, president of Club Deportivo, estimates his program serves more than 200 youths between the ages of 3 and 18. While they have travel programs for children when they turn 11, 12 and upward, the under-10 program hosts tournaments on the site every Saturday.

“What they’re doing is very nice, very helpful, for us, because if the (current) field gets wet, we can’t use it,” he said, noting that the soon-to-come turf field will replace a pitch that includes spots with no grass but rocks. “Now, we’ll be able to be out there every day, every night training, even if it rains.”

Jason Waylee, who coaches the Liberian team which has won the past two Unity Cups, was excited with the news that a signature full-size soccer field will soon be coming to Southwest Philadelphia.

The Liberian team now practices near Myers Recreation Center at 58th Street and Chester Avenue, on a dirt field with no amenities, not even goal posts.

“It’s just an open space, but we do what we have to do. We’ve been playing out there for years and years and years so, as a coach, I’m very happy about this news. Everybody’s excited,” he said.

Waylee just laughed when he was asked if a team that’s thrived despite tough playing conditions might react poorly when the playing surfaces improve markedly.

“It might spoil us," he said, "but I’d rather be spoiled like that over what we had!”