Montco native recounts a night of terror in Paris 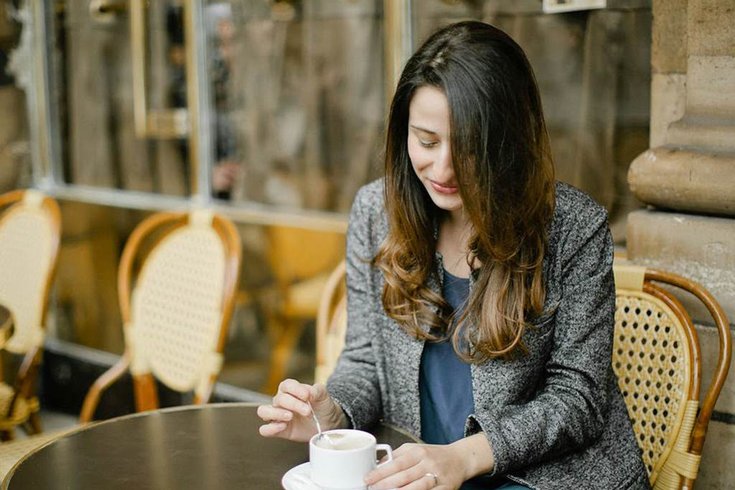 Lindsey Tramuta, who grew up in the Philadelphia area and is now a French citizen living in Paris, writes the Lost in Cheeseland blog. This photo by Richelle Hunter is from her blog.

With terror attacks breaking out across Paris on Friday night, Lindsey Tramuta learned one of the shootings was at 92 Rue de Charonne, just a block away from the restaurant where her husband was dining with colleagues.

Tramuta, 30, a Fort Washington native and French citizen who writes a food and travel blog, said she picked up the phone immediately at her Paris apartment.

"I called the restaurant frantic to reach him since he wasn't responding to my calls," she said during an interview about 1:30 a.m. Paris time. "From there, he and his colleagues discussed how to get home – not by foot. Once they were en route they saw military deployed into the streets."

"I certainly don't feel as safe as I used to but I think the sad reality is that nowhere is safe. So I try not to live in fear but I do believe I speak for all Parisians tonight when I say that we couldn't have anticipated something like this." – Lindsey Tramuta, Paris writer and Fort Washington native

Tramuta, a Paris denizen for nine years, lives in the Oberkampf/Parmentier neighborhood near the canal St. Martin in the 11th Arrondissement, just minutes from the border of the 10th Arrondissement and square in the middle of two of the major sites attacked by militants – the Bataclan concert hall on Boulevard Voltaire and the Petit Cambodge restaurant on Rue Alibert.

"The restaurant is ... very much my stomping grounds," said Tramuta, who writes about dining for her award-winning blog, Lost in Cheeseland. "It's a restaurant I have frequented regularly over the years."

Media reported that more than 100 people were killed at the music hall, where elite police killed two suspects, and photos depicted a number of dead on the sidewalk outside the Cambodian restaurant.

Tramuta said she learned of the attacks on social media.

"I saw the events unfold on Twitter...And in the moment, I didn't think much of the sirens I heard or the ambulances speeding down the avenue below my apartment until they became more and more frequent," she said. "That's when I stayed glued to updates pouring in on Twitter and where I continue to follow the pursuit of these monsters."

As the sirens blared in her neighborhood, Tramuta tweeted:

"The terror begins again," she tweeted. "Sick to my stomach. Hear them loud and clear. Horrible."

Tramuta, a Temple University graduate, said she reached out to her family in Montgomery County to reassure them of her safety.

"My family messaged frantically though I did leave some voicemails to alert them that I was OK, assuming they may not have heard the news," she said.

Tramuta went to France to earn her master's degree, fell in love with a Frenchman and never left. In addition to her blog, she writes for a number of publications, including The New York Times T Magazine.

Perhaps ironically, she is currently working on a book about Paris, and the key changes the city has seen over the last decade, which is due out in early 2017.

Tramuta said that after the Charlie Hebdo attack in January, she and other Parisians learned to keep their guard up.

"There was a time after Charlie Hebdo where I felt, like so many others, on high alert," she said. "People always say 'stay vigilant' or 'stay safe' but these incidents are a reminder that we have little choice or agency in the matter. But life goes on, because it has to, and the media reminds us day in and day out of what we experienced until it's swept away.

"I certainly don't feel as safe as I used to but I think the sad reality is that nowhere is safe," she added. "So I try not to live in fear but I do believe I speak for all Parisians tonight when I say that we couldn't have anticipated something like this."