In Philadelphia, overdose deaths affect everyone. These harm reduction organizations can help.

By Brandon A. Dorfman 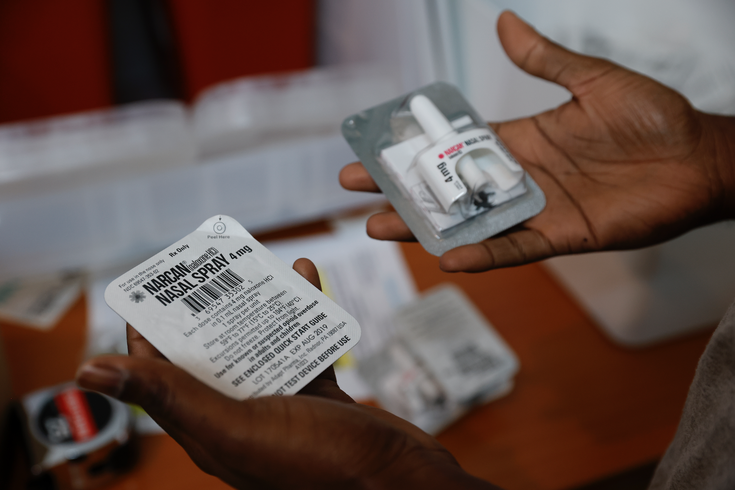 Two doses of Narcan, a medication used to reverse an opioid overdose.

In 2018, Benita, a mother, student, and self-proclaimed harm reductionist from Philadelphia, objected to the efforts of area organizers seeking to open an overdose prevention site in the city. The project, led by the community-driven nonprofit organization Safehouse and backed by years of data and research, drew the ire of many at a time when fentanyl-induced drug fatalities continued to rise. A media-fueled frenzy of misinformation built on decades of a drug-warrior mentality gave well-meaning Philadelphians like Benita unfounded reasons to fear the Safehouse site.

Three years later, Benita understands the principles of harm reduction from a different perspective, embracing them as both a practitioner and teacher. Her journey began when she signed up to do harm reduction outreach through the Institute for Community Justice, a comprehensive prison services and reentry program, and SOL Collective, an area harm reduction organization advocating for overdose prevention sites and ending the racist war on drugs. The experience helped Benita express something she always knew, that every life matters, and gave her the tools necessary to save lives too, including naloxone, fentanyl test strips, and more.

With America focused on the COVID-19 pandemic last year, over 100,000 persons died of an overdose, the result of a drug market now consumed by fentanyl, the animal tranquilizer xylazine, and other low-cost synthetics. In Philadelphia, pressed pills made to look like percs and sold in 10mg increments flooded neighborhoods like Germantown, Overbrook, and the Southwest section of the city. As a result, overdose fatalities skyrocketed almost 30% within Black communities despite falling 10% among white persons and remaining steady from the previous year among Hispanic populations.

Many approach the issue with a drug warrior mentality, with city officials thinking they can arrest their way out of the problem or deny the effects of a smoking ban at inpatient treatment centers. Instead, understanding that harm reduction, and drug use in general, affect everyone, from people experiencing homelessness to suit-and-tie professionals with a decent job and mortgage payment, is a critical next step toward solving the overdose crisis.

“There are people out there that the whole world would be surprised have substance use disorder and they manage their life just fine,” Carol Rostucher said. Carol is the founder of Angels in Motion, a nonprofit that offers lifesaving harm reductions services to people throughout the city. “They’re not homeless, they’re not stealing, they’re not doing anything. Just because you have substance use disorder doesn’t make you a bad person.”

AIM began with a personal journey, as Carol attempted to help her son with his own problematic drug use. While searching for him in Kensington, she encountered so many others who needed help. Understanding the value of human life and the need to meet people where they’re at, Carol put together what she called “blessing bags,” small survival kits containing food, clothing, hygiene products, and information resources — the latter to be used if and only when a person was ready.

“It’s not about f— money; it’s about saving lives,” she continued. 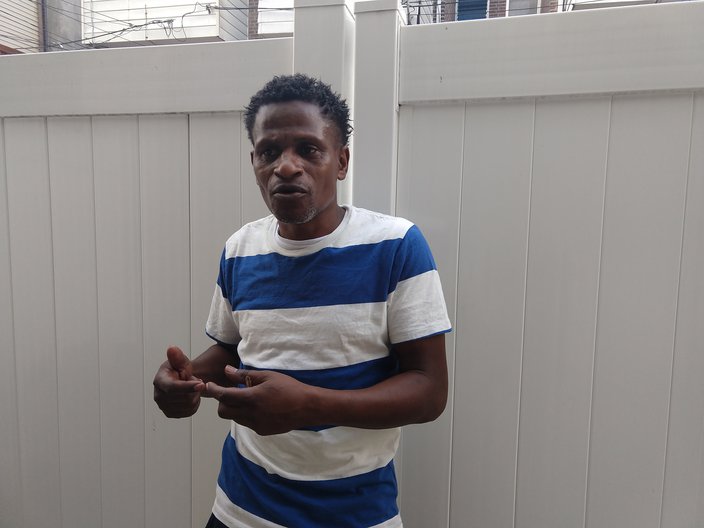 Should Philadelphians and their city officials choose to embrace harm reduction, a practice proven to save lives, they have myriad options in which to turn. Prevention Point continues to host the area’s first and oldest syringe exchange program, offering people who use drugs medical, social, and prevention services while helping to stop the spread of HIV/AIDS. AIM’s mobile syringe exchange program travels to various neighborhoods throughout the city, from Northeast Philadelphia to South Philly and more, at various times during the week. And the Philadelphia Department of Public Health works with SOL Collective and the national-based NEXT Distro to give people throughout the area free, confidential access to the overdose reversal drug naloxone through the mail. Recently, the program added free fentanyl test strips to their offerings, seeing the increased need for people to test drugs before using them.


But one place harm reduction seems to be lacking in the city is in Philadelphia’s Black communities. Andre Reid is a person with lived experience, an activist, and the founder of Philadelphia Nama, the regional chapter of the National Alliance of Medication Assisted Recovery who’s trying to change that. A staunch harm reductionist, he continues to advocate the philosophy — naloxone, medication-assisted treatment, fentanyl test strips — in marginalized neighborhoods.

According to Reid, too many people are trying to solve today’s problems with yesterday’s solutions. “This opioid epidemic comes and they’re still trying to use [outdated methods],” Reid said. “And they were so prejudiced toward 12-steps they were telling people that were suffering with opioid use disorder don’t get on methadone, don’t get on Suboxone. But [they] don’t know nothing about it. [They said] you need to just go to a meeting.”

Tired of the old way of doing things and the lack of harm reduction resources in Philadelphia’s Black neighborhoods, Reid is charting his own path. In 2022, he will open up a recovery center — a MAT-focused treatment center in Southwest Philly where people can access buprenorphine.

The current overdose crisis is one of the most misunderstood epidemics in history, with prosecutors focused on pharmaceutical opioids, law enforcement zeroed in on arresting people, and health care professionals too focused on outdated models like the 12-steps. But a genuine harm reduction model, one that meets people where they’re at, can help save the lives of everyone in the city who uses drugs.

For more information on harm reduction services in Philadelphia, contact Carol at Angels in Motion, or visit Prevention Point here. To access your free, confidential harm reduction supplies from the Philadelphia Department of Public Health, SOL Collective, and NEXT Distro by mail today, visit nextdistro.org/philly — or nextdistro.org/phillyfentstrips. Receive free Narcan by mail and save a life because every life is worth saving.