Mayor Kenney froze police spending again in his proposed budget; but the issue is unexpected expenses encountered while deploying the less-lethal weapons to cops 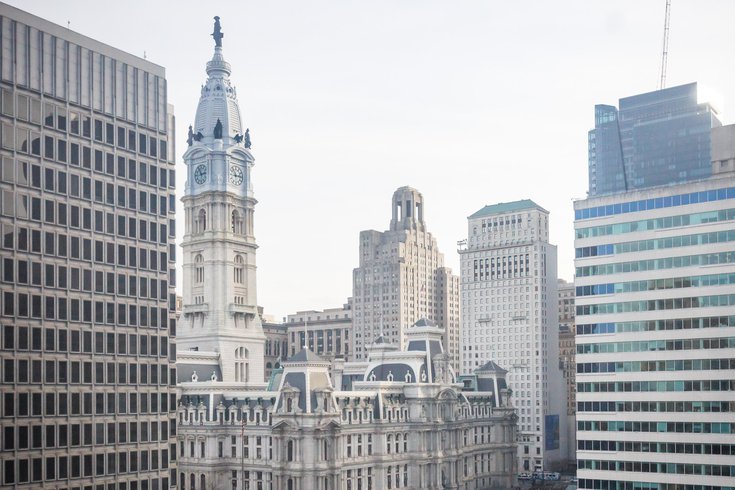 The proposed budget for the Philadelphia Police Department for the coming year is $727 million, which would freeze the department's spending for the second year in a row.

Mayor Jim Kenney's proposed city budget for the 2022 fiscal year was unveiled earlier this month and — for the second year in a row — it freezes the Philadelphia Police Department's expenses at $727 million.

Philadelphia police say they'll need more funding in the next fiscal year to continue its five-year plan to equip all officers with Tasers, and will request a budget increase at its budgetary hearing later this month.

The $14 million, multi-year taser allotment plan was conceived in November, after police killed Walter Wallace Jr. in West Philly, and is intended to arm all officers with less-lethal weapons.

Wallace, who had bipolar disorder, was shot by officers on Oct. 26 after he wielded a knife during a confrontation with police in a West Philly street. Officers, who did not have stun guns, killed Wallace as he began to approach them, sparking a series of protests in Philadelphia that called for police to carry less-lethal weapons.

Instead, it is because of additional expenses and due to the time it has taken to train officers and because old Tasers need to be replaced.

The training delays with stun gun deployment we blamed on the the department's decision to linked Taser training with its Crisis Intervention Training, which created a "bottleneck."

"Even with sufficient funding and Tasers already procured, the need for officers to first complete CIT training slowed down the deployment," Dunn said.

The department since separated the two trainings to expedite the Taser roll out.

Dunn said PPD will present its budgetary request in the coming weeks, and city council will vote to adopt the budget in late June.

The city's five year plan was translated into seven languages for the first time so more residents could review it, and the city sent out an online survey, to which 13,000 people responded.

"The combination of a global pandemic, a tumultuous presidential election, a worsening gun violence epidemic, and long overdue demands for racial justice, have tested the resolve and resilience of every single Philadelphian," Kenney said.

Another $6 million will go towards the pilot 911 triage and co-responder program and $7.2 million for behavioral health mobile crisis units. The city also plans to establish a Citizen Police Oversight Commission to create better interactions between the police and the community; $950,000 is allotted in the budget proposal for that initiative.

Critics say these funds still serve police services and are being designated as something else to appease the Defund the Police activists.

“Philadelphia Mayor Jim Kenney is trying to pull the wool over our eyes,” Kris Henderson, director of the Amistad Law Project told WHYY. “Resources that still end up in the hands of police are police funding.”