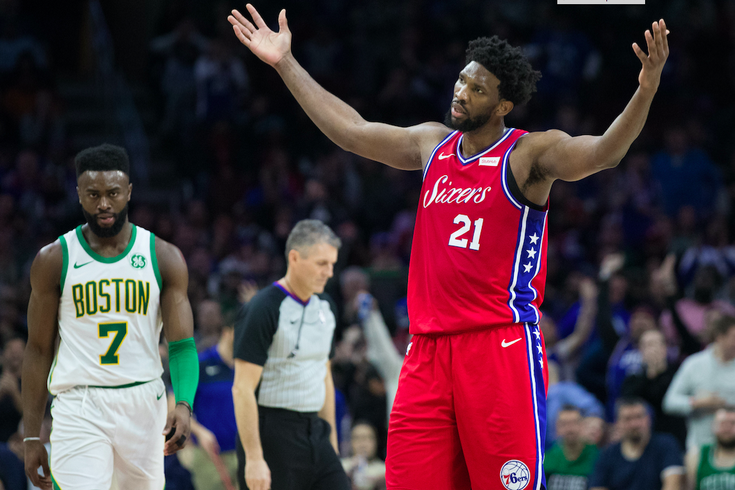 Philadelphia 76ers big man Joel Embiid has never been known for his reticence. He's brash but lighthearted about it, so he usually gets away with his mind games.

When he's not playing well, he owns it and calls himself trash, for that matter.

Last week, Embiid appeared on The Ringer's NBA Desktop and made a bold claim: Wilt Chamberlain, not Michael Jordan or LeBron James, is the greatest of all time.

"(Jordan) is not the GOAT," Embiid said. "To me, you got Wilt Chamberlain. He’s got all the records, and no one is ever gonna beat them. I don’t see anyone ever getting 100 points in a game. That’s it, he’s the GOAT.”

It may have just been Embiid vouching for the legacy of the NBA's big guys, but hardly anyone in their right mind would argue that Chamberlain, as great as he was, accomplished more than Michael Jordan.

With Embiid's knee soreness sidelining him this week, the Jordan comments largely blew over without much fanfare — until now.

TMZ Sports caught up with Jordan's former teammate, Dennis Rodman, whose views on free speech appear to be have been shaped by years of consorting with North Korea's Kim Jong Un.

That last bit about Embiid not becoming an NBA great will probably anger him more than being told to shut up. No response yet from Embiid, but it shouldn't be too long of a wait, right? We'll update the story whenever that arrives.