In 'Iron Phang,' you control the Union mascot as he tries to win back the Supporter's Shield from D.C. United's Talon 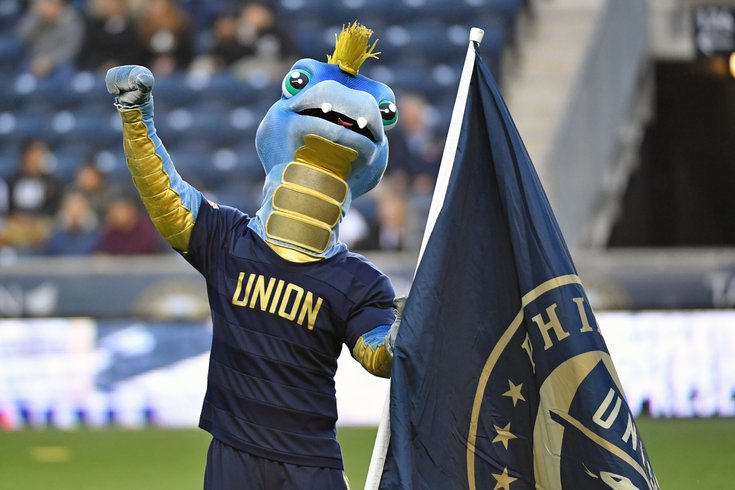 The Philadelphia Union have created a video game. In "Iron Phang," gamers control the Union's mascot as he tries to win back the Supporter’s Shield from rival D.C. United's mascot, Talon.

Can I interest you in a really fun way to waste time on the internet today? What if I told you that it involves running around a 16-bit version of Subaru Park as Philadelphia Union mascot Phang, fighting off a horde of raccoons that stand between him reclaiming the Supporter's Shield from D.C. United mascot Talon during one final showdown in our nation's capital?

If that sounds right up your alley, then allow me to introduce you to "Iron Phang." That's right: Philadelphia's MLS team has its own video game.

Launched Wednesday in anticipation of the Union's rivalry match against D.C. United on Saturday night, "Iron Phang" is a callback to the side-scrolling action/adventure games of days past. The Mega Man influence is especially noticeable when Phang dons a suit in the Union locker room that allows him to shoot lasers out of his hands and fly through the air.

The creator of "Iron Phang," Union Digital Video Producer Greg Fallon, told J. Sam Jones of MLSSoccer.com that he learned to code during the COVID-19 pandemic. Eventually, after more than 100 hours, Fallon said he had a complete game that transitioned between different levels and boss battles. "Iron Phang" even comes with three difficulty options, including "Insanity" for the boldest of gamers.

"I'm a huge video game fan and I love sort of delving into how the games are sort of built and designed to challenge you. I think at this point that I have a decent idea of what makes a game fun and hard," Fallon said. "And my biggest fear when we set out on this was that I was going to try and do this myself and I was going to make something that was too easy."

"Iron Phang" can be played on Google Chrome and allows gamers to plug in the controller of their choice. Check out a video of Union players taking the game for a spin below.