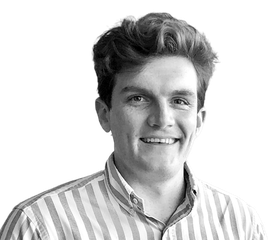 Brooks Holton was a Web Curator for PhillyVoice who loved telling stories about the people, places and events that make Philadelphia and the surrounding region unique. Originally from Louisville, Kentucky, Brooks graduated from Centre College with a bachelor’s degree in English and then earned a master’s in journalism from the University of Missouri. Brooks moved to Philadelphia in June 2021 after two years as a Digital Producer at WDRB News in Louisville, where he specialized in breaking news and in-depth reporting. Before that, he worked for USA TODAY and its network of newspapers around the country. He’s also a published fiction writer and loves stressing out about Cincinnati Reds baseball in his spare time. Follow him on Twitter @brooksHolton.