The city must stop with the excitement over being considered one of the nation's leading cities, writes Brett Mandel 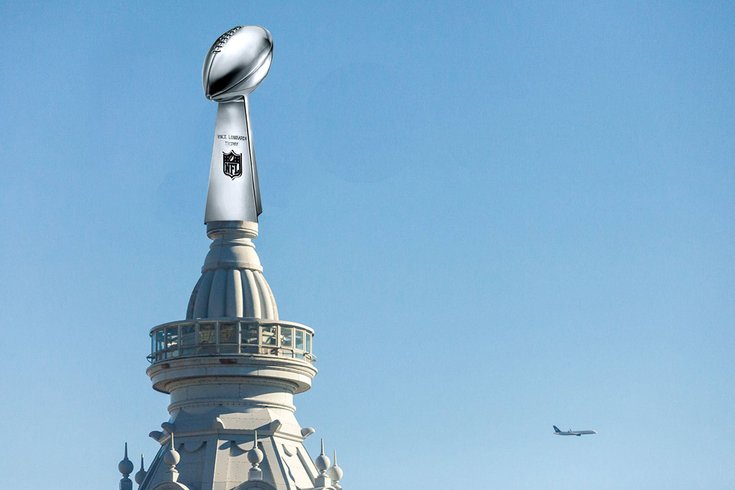 As the Eagles' Super Bowl championship proved, there is nothing like a victory celebration on Broad Street to prove that Philadelphians are desperate to celebrate greatness, writes Brett Mandel.

There may be no truth to the rumor that when Philadelphia put forth its proposal to attract mega-retailer Amazon's second corporate headquarters, city honchos offered to name the new campus location the "Philadelphia inferiority complex."

But the over-the-top gushing over being "selected" as one of 20 finalists for the designation was ridiculous.

Similarly, last week, the city government's official Twitter account breathlessly declared, "Delicious news! Out of 182 contenders, Philly was named one of the top 20 cities for foodies in America." The news is decidedly less than delicious. It is the food-cart-soggy-soft-pretzel of Philly food news.

Philadelphia must stop with the excitement over being considered one of the nation's leading cities. We need to cease with the giddiness that comes from being part of a conversation of top places. We need to not take pride in being a top-20 city in anything. It's the participation trophy of municipal superlatives.

Philadelphia should be rightfully competing for being the best.

Again and again, civic poo-bahs have preened and gushed over an endless parade of also-ran designations – being called an emerging city, hearing the label as a "next" city, receiving the designation as a city to watch. These are the plastic-medallion trinkets that also-ran cities cherish, but don't belong in the trophy cases of truly great cities.

Philadelphia's civic boosters were once so confident in the city's rightful place among municipalities, that they fought for and won the right to host the globe for the nation's first World's Fair celebrating the nation's centennial. To declare their civic exuberance, they conceived of constructing Philadelphia's City Hall not only as a grand edifice, but as the tallest building in the entire world.

My stomach turns when I see city leaders tripping over themselves to cheer designations of municipal mediocrity.

This being Philadelphia, we can look to a sports analogy to provide enlightenment to help move past the notion of being part of a group of leading cities and reclaim the "addytood" and swagger of a truly great city.

Philadelphia's sports teams are on the rise, no longer content to celebrate improvement or making the playoffs. They are focused on championships. The Flyers have established a nucleus of young stars engineered to grow together to hoist a Stanley Cup (OK, with the caveat that they solve their decades-long goalie problem).

The Phillies have finally undone the damage of the hangover from the contracts of their last World Series and are poised to be bold.

The Sixers process was about greatness, not betterness and I trust it is working.

Of course, the Eagles could have been satisfied with a playoff appearance and hope for the future, but they came together to win us a first Super Bowl championship.

After the Eagles secured their victory in Super Bowl LII, I joined so many Philadelphians who raced to Broad Street to revel in the reflected civic glory. The spontaneous mass celebration was a chance to puff out our civic chests and celebrate being not one of the crowd, but the best in show. Everyone tries, but not everyone wins and while Philadelphians may pretend to not be caught up in all that, there is nothing like a Philadelphia victory celebration to prove that Philadelphians are desperate to celebrate greatness.

My stomach turns when I see city leaders tripping over themselves to cheer designations of municipal mediocrity. Maybe they have so tempered their civic aspirations that "better" is all that they expect, but I know that Philadelphians still know the difference between participation awards and championship trophies.

The men and women who get this and put forth a compelling vision to make it happen will lead Philadelphia, not into a better future, but the best future.