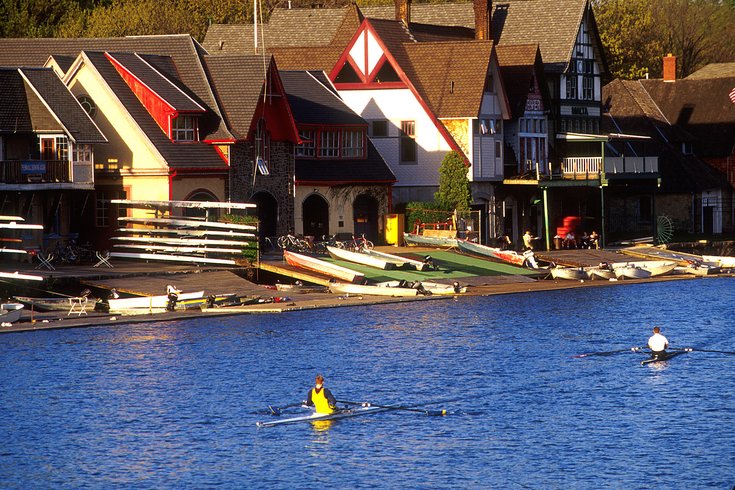 Rowers, kayakers and canoers alike have been asked to keep an eye out for a high-end wheelchair that fell into the Schuylkill River this weekend when a canoe tipped over.

As part of this weekend's annual Head of the Schuylkill Regatta, Philadelphia Water unveiled a new network of water-filling stations aimed at reducing the city's carbon footprint and cutting down the amount of bottle litter strewn across its nationally acclaimed trails.

On Friday, Mayor Michael Nutter joined the Head of the Schuylkill Regatta (HOSR) to announce the fountain kiosks that will span Kelly Drive from East Falls to Boathouse row. The stations will include both traditional fountains for convenient refills and ground-level water bowls for dog walkers, according to a release from the Water Department.

“Philadelphia tap water is some of the finest tap water anywhere in the nation,” said Mayor Nutter. “I am proud to announce that the City will provide these amenities for our citizens and visitors. Kelly Drive and the entire Fairmount Park trail network is a green oasis in the urban jungle of our city – it is a refuge for recreation and relaxation. These new water kiosks will encourage even more people to get outside and utilize the park, leading to healthier lifestyles for families across Philadelphia.”

To promote more widespread use of tap water, Philadelphia Water and HOSR gave away more than 12,000 reusable water bottles during the course of this weekend's event, which drew around 8,000 athletes and between 30,000-40,000 spectators.

Back in August, Philadelphia Water sponsored a 10-day volunteer trash cleanup that collected a whopping 32,831.5 pounds – around 16.5 tons – of garbage from the Delaware River. More than half of the 683 bags collected contained recyclables and the majority of that share consisted of plastic bottles.

The savings opportunity for Philadelphia residents and the city at large is eye-opening. Philadelphia's drinking water plants are capable of producing 546 million gallons of clean tap water on a daily basis at a cost of just seven-tenths of a cent per gallon. The average gallon of bottled water, by comparison, is more than 174 times as expensive, at $1.22.

The timing of the initiative, whose future campaigns will be promoted using #DrinkTapPHL on social media, coincides with growing recreational demand for trails in the region. A recent report from the Delaware Valley Regional Planning Commission found that the Schuylkill River Trail at Kelly Drive – voted America's Best Urban Trail by USA Today – was the most frequently traveled on The Circuit, trekked by 663,201 hikers and cyclists between July 2014-July 2015.

Four of the new kiosks will be installed in highly visible locations by spring of next year, while the city also plans to install more in Center City and Fairmount Park locations.

“This initiative makes it easy for Philadelphia to drop the bad bottled water habit and make the smart choice for their wallets and our planet.”