Philadelphia Zoo lion Zenda, the oldest in the U.S., has died 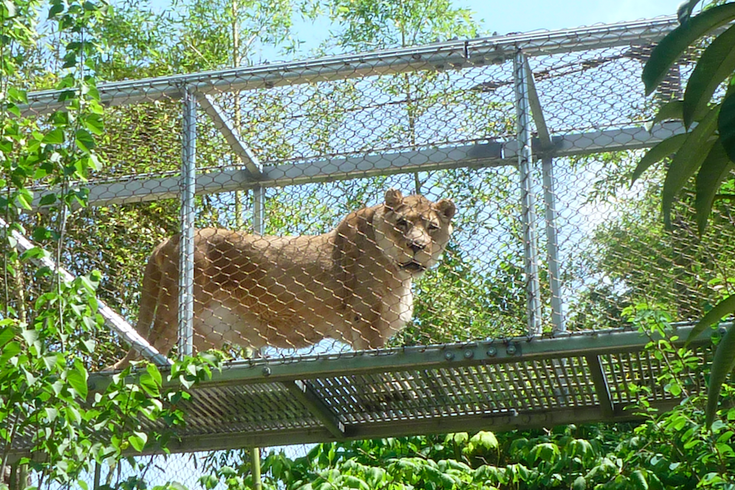 The Philadelphia Zoo announced that Zenda, a 25-year-old female African lion, was euthanized on Thursday, Dec. 29, 2016, due to heath reasons.

The Philadelphia Zoo has euthanized its beloved 25-year-old female African lion, Zenda, it announced in a statement Friday.

Zenda, who died on Thursday, was the oldest African lion in the United States zoo population. The reason for her death was a decline in behavior and mobility, the zoo said, adding that zoo lions typically live an average of 17 years.

Zenda's life at the Philadelphia Zoo started in July 1993 when she was transported there at age 2 from the Johannesburg Zoo in South Africa where she was born.

She was brought to the Philadelphia zoo with two female lions, Jezebel and Vinkel, and male lion, Merlin.

The pride was relocated temporarily to the Columbus Zoo in 2004, but then returned for the Philadelphia Zoo with the opening of the Big Cat Falls exhibit in 2006.

Six African lions now remain at the zoo: Makini, a 7-year old male, Tajiri, a 6-year-old female and their four female offspring Kataba, Mali, Msinga and Sabi, who were born in June 2014.