Philadelphia's 'It'-themed PSA hopes to scare residents out of polluting 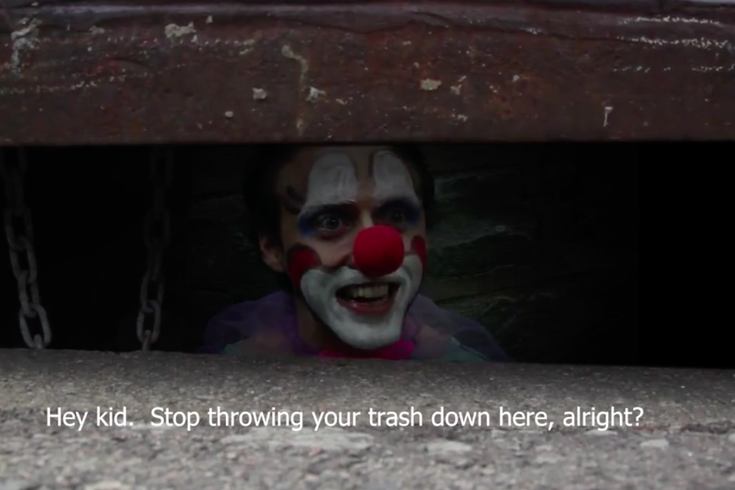 The city's latest anti-pollution PSA tips a hat to Stephen King's "It."

The city of Philadelphia is hoping to scare its residents into not doing, well, "It."

The Philadelphia Water Department and Philly311 got a little creative for their latest public service announcement, which tips a hit to Stephen King's "It," the 1986 horror whose modern-day remake premiered in theaters Friday.

The message hopes to "scare" people out of polluting. The 30-second-long clip published Thursday shows a man shoving some trash into a storm drain when a clown calls for his attention from underground.

"Hey kid, stop throwing your trash down here, all right?" the clown says. "You're polluting the Philly watersheds. Now go home and dispose of your trash properly!"

The bit of handy video work is not unlike the police department's viral spoof of Drake's "Hotline Bling" put out last year for its annual "no savesies" warning.

The city has a clear list of litter compliance guidelines for businesses and residents outlined on the Streets Department's website. They can be found here.

Check out the video below: