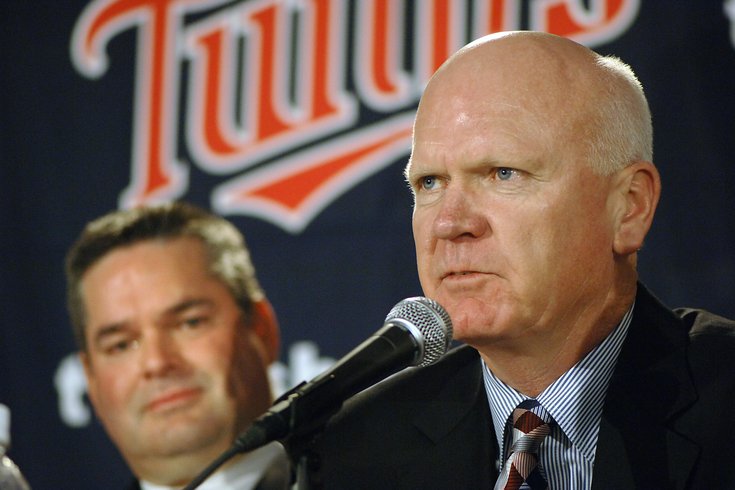 The Phillies have added a former long-time general manager to their baseball operations department.

The 63-year-old Ryan has spent nearly 40 years working in baseball, most notably as the general manager of the Minnesota Twins for 19 seasons (1994-2007, 2012-16). Minnesota won four division titles during Ryan’s tenure and he was twice named baseball’s Executive of the Year by the Sporting News. He was fired by the Twins in July.

The Phils’ hiring of Ryan is not altogether surprising: current Phillies team president Andy MacPhail promoted Ryan to become the Twins vice president and play personnel director and Ryan then went on to replace MacPhail as the Twins GM when MacPhail left to join the Chicago Cubs front office in 1994.

“I’m very happy to be joining the Phillies and have the opportunity to provide some impact and evaluation,” Ryan said in a press release. “This is an exciting time for the franchise as they have what many in the industry consider to be one of the top farm systems in baseball.”

Ryan made several notable, franchise-defining trades during his time with the Twins, including acquiring future two-time Cy Young Award winner Johan Santana from the Marlins in a Rule 5 draft day trade and sending catcher A.J. Pierzynski to the Giants for a trio of prospects that included Joe Nathan and Francisco Liriano. And during his six-year run prior as scouting director, Ryan oversaw drafts that produced Chuck Knoblauch, LaTroy Hawkins, Denny Neagle, Scott Erickson, Brad Radke and Eddie Guardado, among others.

“I have known Terry for more than a decade and have enormous respect for all that he accomplished during his tenure with the Twins,” Klentak said in a press release. “Terry’s work ethic, loyalty and track record as a talent evaluator are simply unparalleled in our game.”

While the Phillies have vastly improved their analytics department in the last year, revamping their dormant research and development departments under Klentak, they have also prided themselves in not losing sight of the value of old-fashioned scouting in a baseball operations department.

“While we have made significant investments in our analytical endeavors over the past year, it is important to remember that quality talent evaluation is essential to making quality baseball decisions,” Klentak said. “We are thrilled to welcome Terry to the Phillies.”

Fun Terry Ryan Fact: he once traded former Phillies infielder (and current Phillies special assignment scout) Dave Hollins to the Seattle Mariners for a player to be named later ... who became 10-time All-Star David Ortiz. The recently-retired Ortiz didn't blossom into a probable Hall of Famer, however, until he arrived in Boston ... after Ryan released him.