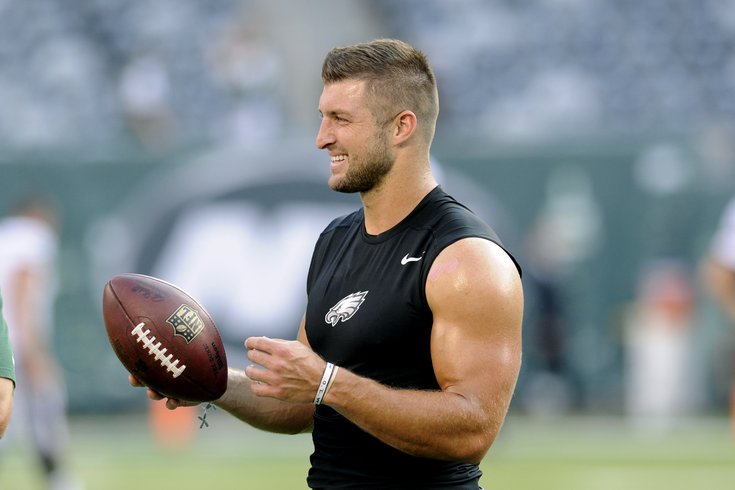 Tim Tebow has put this football down for good. He now thinks he can play professional baseball ... despite having not played baseball since 2005. High school baseball. This will end well, surely.

Bo Jackson and Deion Sanders played both baseball and football professionally after leaving their respective colleges. Tebow hasn’t played baseball since his junior year of high school in 2005, but, after failing to find a job in football, the former University of Florida Heisman-winning quarterback decided to give baseball a go this summer and he will work out for teams on Tuesday in Los Angeles.

And the Phillies will be among the 20-some teams that will reportedly watch Tebow’s baseball workout.

But, again, slow down. The guy hasn't faced regular live pitching in move than a decade. And it was high school pitching.

So why are the Phillies sending a scout?

The Southern California area is flooded with talent (off the top of my head, Mickey Moniak, Chase Utley, and Cole Hamels are three SoCal kids who were Phillies first-round picks in the last 20 years) and so teams obviously have a large scouting contingent in the area. Sending one scout to check out the 29-year-old Tebow is due diligence and not a signal that anyone will actually sign the former quarterback, who was in camp with the Eagles a year ago.

I’ll let Jim Salisbury take it over from here (play the video below, or at least fast forward until you get to the last five seconds):