Is Phillies' hiring of Charlie Manuel just change for change's sake, or can he turn it around? 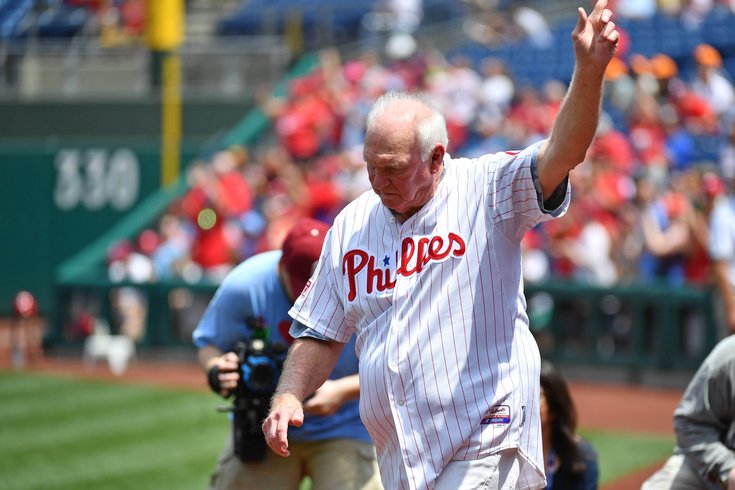 Charlie Manuel will be in the Phillies dugout once again.

The Phillies didn't have a lot of options.

With their season on the brink of failure, the trade deadline is firmly in the rearview. Their farm system has very few MLB-ready pieces ready to contribute, and manager Gabe Kapler has seemingly messed with the batting order and bullpen as much as one possibly could.

A shake up amongst the staff was GM Matt Klentak's decision, and the Phillies announced Charlie Manuel, yes, Chuck himself to be the new hitting coach. The team let John Mallee go Tuesday morning as well.

Manuel oversaw arguably the greatest stretch of Phillies' baseball in history from 2005-2013. He is currently 75 years old and has worked as a spring instructor a bit but hasn't coached full time since leaving the Phillies. Frankly, he's a legend in the city.

“You hear his country accent, and you think he's a little bit slow,” Jimmy Rollins once famously told reporters, “But he's sharp as a tack."

Manuel is known as being both a players coach and someone who knows how to get his players to hit. Here's his track record with regard to offensive production:

It's hard to really definitively say whether it was Manuel's fault that the Phillies hit fewer and fewer home runs as the league started to hit more and more of them following their second World Series appearance in 2009. The batting averages of his teams, however, aside from his first two years in Cleveland (in the American League) and the 2007 Phillies have never been overly impressive.

It's also worth mentioning that Manuel had a team in 2010 and 2011 that relied on ace hurlers Roy Halladay and Cliff Lee more than on the dynamic offense that fueled the first three NL East titles from 2007-2009.

Here's a look at the Phillies under Malee over the last two years:

The Phillies currently have the seventh-worst batting average of 30 MLB teams. Their on-base percentage — despite boasting the top two players in walks in all of baseball in Bryce Harper and Rhys Hoskins — is still just 17th. Their 149 homers are in the bottom third of the league, despite playing in a hitter-friendly park.

That's where the Phillies will be hoping Manuel can make an impact.

As a manager, Manuel's teams were near the top of the stat sheet in homers six times. He is also an old school kind of manager, one juxtaposed to the modern analytical style of Kapler — which may be a nice change.

Frankly, any change is a welcome one for the Phillies after dropping seven of their last 10 games and nearly falling out of the hunt for the Wild Card spot. What Manuel's hire will actually do is anyone's guess, but at this point, it's worth a try.

Manuel used to say that when the weather started to get hot, that's when "hittin' season" starts. Maybe "hittin' season" will come a little late for the 2019 Phillies. Better late than never.