Display will recognize colors of Floyd's high school in Houston 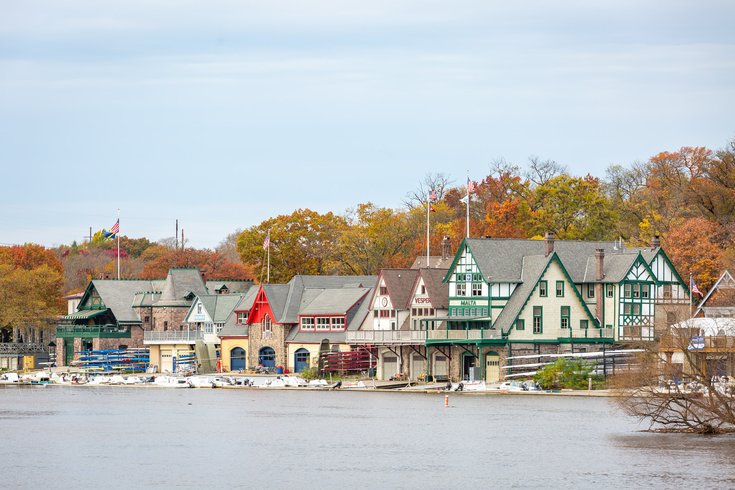 Philadelphia will light up Boathouse Row in memory of George Floyd on Monday, June 8, 2020. Floyd, who was killed in the custody of Minneapolis police on May 25, will be laid to rest in his hometown of Houston on Tuesday.

Philadelphia's Boathouse Row will light up gold Monday night in memory of George Floyd, whose private  funeral is planned for Tuesday in Houston.

Houston Mayor Sylvester Turner has asked mayors across the country to honor Floyd with a light display. Floyd was a graduate of Jack Yates High School in Houston, whose colors are crimson and gold.

Floyd was killed in the custody of Minneapolis police on May 25. Former officer Derek Chauvin, who knelt on Floyd's neck for nearly nine minutes, has been charged with second-degree murder. Three other former officers also face criminal charges.

Floyd's death sparked a groundswell of civil unrest and demands for an end to systemic racism and police brutality.

A public viewing for Floyd will take place Monday at the Fountain of Praise Church in Houston. Notable figures expected to attend include Democratic presidential candidate Joe Biden and retired boxer Floyd Mayweather Jr., who will cover expenses for the Floyd family.

Additional services were held late last week in Minneapolis, where Floyd was killed, and in North Carolina, where he was born.

George Floyd will be entombed in Pearland on June 9th at the Houston Memorial Gardens on Cullen, south of beltway 8. From Freedom Blvd to Clear Creek, Cullen will be closed to roadway traffic.

Memorials for Floyd have turned up in cities across the country this week, most notably along the fencing that surrounds an entrance to the White House from Lafayette Square.

The new security fence blocking people from entering Lafayette Square (the park in front of the White House) is being used to post signs, tributes, and reminders of why demonstrators have gathered here. pic.twitter.com/gQUKXCYXLE

The temporary fence around the White House & Lafayette Square has turned into a memorial as well as a place for people to leave their protest signs. #DCProtests pic.twitter.com/kKce4yFwzI

Peaceful protests continued over the weekend in Philadelphia as thousands marched along the Benjamin Franklin Parkway.

Philadelphia officials will not impose a curfew on Monday night for the second straight evening.

Those who have attended protests over the last week are advised to monitor symptoms for COVID-19 and schedule a test in the near future.

As of Monday morning, Philadelphia police have made 768 arrests in connection to the protests and destruction witnessed over the nine days. The arrests include 494 curfew violations and another 236 for looting or burglary.