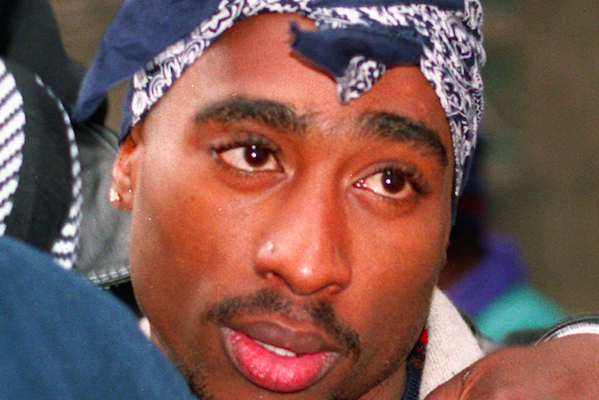 Rapper Tupac Shakur is shown in this December 16, 1993 photo.

A Philadelphia-born film director recently spoke at length about his days as a young music fan and his new movie that dramatizes one of rap's most iconic figures.

On Friday, Benny Boom released his biopic on the Tupac Shakur, whose meteoric rise to rap and hip-hop fame in the 1990s was cut short by his 1996 shooting death.

In a Thursday interview with Noisy, Vice's music channel, the Philadelphia native spoke of seeing one of Shakur's music videos for the first time. As a young hip-hop fan in Philly, Boom had already been familiar with the likes of Digital Underground, Steady B, Cool C and Three Times Dope.

"My first memory of Tupac was 'Same Song,'" he said, referring to a 1991 Digital Underground record that featured Shakur. "I just remember seeing Pac in the African garb, 'clown around when I hang around with the Underground.' I'm like, 'Who's this guy?'

Boom noted that this was during an early-1990s era dominated by hip-hop groups such as X Clan and Public Enemy.

"It was like, 'This guy's different. This guy's special," he told Noisy. "It was everything about him – the way they introduced him, it was royal, it was regal. The verse was dope, the voice. It was special. From that moment, I wanted to watch the video just for his part."

As he explained his new film, titled "All Eyez on Me," Boom talked about listening and watching performers when he was young, including seeing a young LL Cool J "control the whole crowd" with two records, "Radio" and "I Need a Beat," at the original Fresh Fest tour in 1985.

Those artists set the stage for what hip-hop and rap would become, he said.

"It was very easy for me to understand Pac in terms of the pantheon of that and how to recreate that," he said. "I can recreate it because I lived it every single day."

The film, he said, "is about Pac's life from before he was born until his passing."

It also examines Shakur's death in a drive-by shooting in Las Vegas.

"Throughout it, we're telling a cautionary tale," Boom said. "Of promise, and how you can have so much talent but if you make the wrong decisions, tragedy can strike. We've seen it a thousand times. How do we educate the youth through this movie? That's one of the challenges."

Starring Demetrius Shipp Jr. as Shakur, the film was mostly shot in Atlanta, with some filming in Las Vegas, Boom said.