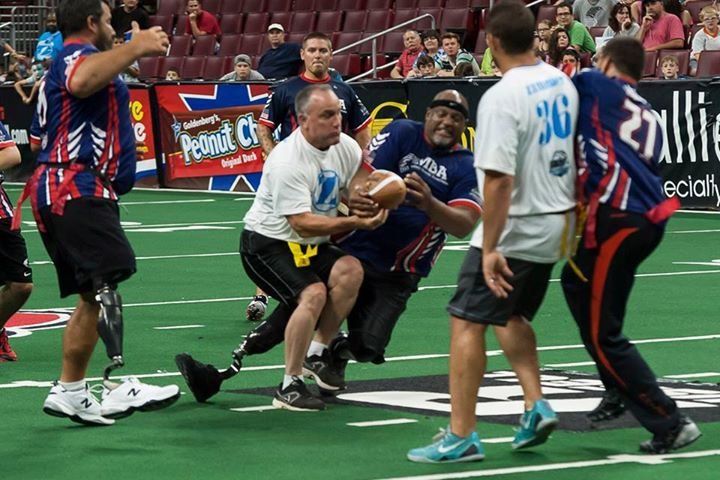 Mary Hagy is in the business of showing off veterans.

A former soldier in the U.S. Army and a Philadelphia businesswoman for more than 20 years, she noticed that media coverage of the military tended to focus on veterans “in crisis.” While telling the stories of vets who are homeless or have PTSD is important, she acknowledges, she wanted the public to see a different picture as well.

So Hagy partnered with former U.S. Representative Patrick Murphy, who represented the Eighth District in Bucks County as the first Iraq vet in Congress, to found OurVetSuccess in 2014. It’s a for-profit company that creates content to celebrate the post-military achievements of men and women who have served our country.

“We are committed to increasing positive public awareness of veterans who are successful,” said Hagy.

Their first big project will be unveiled Wednesday – Veterans Day – at 7 p.m. in a major television event on CBS Sports. The network will air the Triumph Games, a competition combining elements of a triathlon, video game competition and a car race between 12 veterans who have triumphed over catastrophic injuries. The three rounds of competition were held in August in New York.

One of those competitors is Air Force veteran Sean Johnson – who was injured not in combat, but on the streets of his native Philly. He took a bullet to his spine and later lost his right leg to an infection. He’s now an IT specialist for The Vanguard Group in Malvern, and a nationally competitive athlete, having won four gold medals at the National Veteran Wheelchair Games.

And he hasn’t lose his sense of humor, joking in a Facebook post about the motor-racing aspect of the Games: “2 FAST 1 FURIOUS LEAD FOOT!”

Veteran-athletes vie in the Triumph Games, a competition that combines a triathlon, video game tournament and car racing that will air on Wednesday, Veterans Day. (Contributed Art / Facebook)

Other competitors include transgender veteran Aaron Stewart, who has won 10 gold medals in swimming at the Air Force trials; Twila Adams, who this year won five medals at the National Paralyzed Veterans of American Wheelchair Games; and Redmond Ramos, who won multiple medals at the Warrior Games just seven months after losing his left leg in a bomb blast in Afghanistan.

All of the veterans needed to be nationally or internationally medaled to qualify, so the triathlon aspect of the competition is well within their comfort zone. Producers threw in the video-game competition (Hearthstone from World of Warcraft) and car racing to mix things up.

“One of the things that veterans do, and do so well, is be in a situation and adapt to it and figure out how to essentially take that hill even if you’ve never done it before,” Hagy said.

None of the veterans have any experience in competitive video games or motorsports. In fact, Iraq veteran Omar Bermejo, who had competed in the Paralympics in Sochi, lost his right arm in a motorcycle accident in 2008. When the contestants visited a racing museum right before the motorsports competition, he saw the same motorcycle model that had nearly killed him up on display – and it only made him more determined to win. 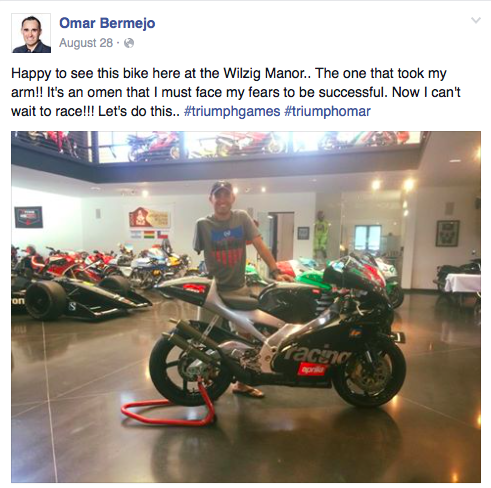 Social media activity accounted for 10 percent of the competitors’ scores – a tactic producers used to give their content a wider audience. In addition, the Hearthstone competition was broadcast live on Twitch in August, capitalizing on growing popularity of live e-sport events.

“Our mission is to communicate to the broadest number of people,” Hagy said.

Hagy’s own active duty experience involved serving as a journalist for the American Forces Network from 1974 to 1980. Her post-military career has involved founding numerous companies including a corporate consulting firm, a software business and the Civil War History Consortium.

Along the way, she’s always advocated for businesses to hire veterans. They have “team-working skills, leadership, discipline and all those things that you really want in an employee,” she said.

And as the Games show, veterans can triumph over anything.