Matt Wolfe finished 180 votes out of the top two in May's primary for Republican councilman at large; his foes were dismissive

With the top two candidates assured of joining the 17-member legislative body after November’s general election, any campaign move could be the difference between victory and defeat.

Enter Matt Wolfe, the Philadelphia attorney and former deputy attorney general who finished just 180 votes out of the top two candidates in the primary.

"I ask every other Republican candidate for City Council at Large to pledge that, if elected, they will fully support President Trump's reelection campaign,” he announced. “It was upsetting in 2016 to see Republicans on Council fail to support – and in some instances even attack – the president.

“It is safe to say that a lot of Trump hate will be coming from City Hall in the 2020 election. Trump needs a unified Republican front in Philadelphia for his 2020 campaign, and Republicans on Council need to be at the forefront of that movement.” 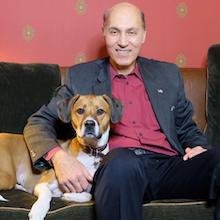 Sure, Democrats vastly outnumber Republicans in this dark-blue city, so Wolfe’s stance that "President Trump has been good for America and good for Philadelphia” will lack a warm reception in many corners.

His opponents were dismissive of Wolfe's challenge, with one brushing it off as self-serving.

When I reached out to Wolfe to hear him out on his plea, he was not deterred about those odds.

He said he’s heard from registered voters of all stripes who oppose safe-injection sites, Philadelphia’s sanctuary city status and the wholesale changes that progressive District Attorney Larry Krasner has brought to town, not to mention some in traditionally liberal pockets of town rebelling against bad governance amid some of his would-be peers on council.

“You have to give me credit for one thing: I don’t say one thing to one group and a different thing to another group,” Wolfe said. “I recognize a lot of people don’t like the president or his policies, but a good number of people I’ve talked to can’t believe that being a sanctuary city is good for Philadelphia, and nobody out there hasn’t lost someone close to them because of the opioid crisis.

“I am aligning myself with Trump and making it clear where I stand.”

Lauding Trump’s tax cuts, dropping unemployment rates and the appointment of Krasner-counterbalance U.S. Attorney Bill McSwain, he maintained that “any Republican who refuses does not deserve to run as a Republican.”

He noted that he didn’t think all of the at-large candidates would sign on. To that end, I reached out to Heeney, Oh, Taubenberger and Tinney – who finished fourth, fifth, second and first in the seven-person primary, respectively – on Thursday afternoon to see whether they’d take Wolfe up on his challenge.

Here’s what each had to say (or not say):

“Matt Wolfe is playing a game, a game which I won't participate in. Voters in Philadelphia want to know what we candidates are going to do to improve the quality of life in their city and what positive changes we intend to implement when elected.

“I, for one, ardently believe that many voters – Republican, Democrat and Independent – would like to see a more vocal, aggressive voice of dissent on the Republican side of the city council chamber, even if they don't always agree with such voice just for the sake of a tad bit of balance.

“People are not as stupid as Matt Wolfe would like. They will evaluate our campaigns and positions on the issues and decide who to vote for. We will focus on 2020 in 2020.”

"Matt is silent on critical issues confronting our city, issues that I work hard to resolve. If Matt gets around to addressing these problems, I'll be happy to discuss them."

Attempts to reach Tinney on Thursday afternoon and Friday morning were unsuccessful. If we hear back, this story will be updated accordingly.