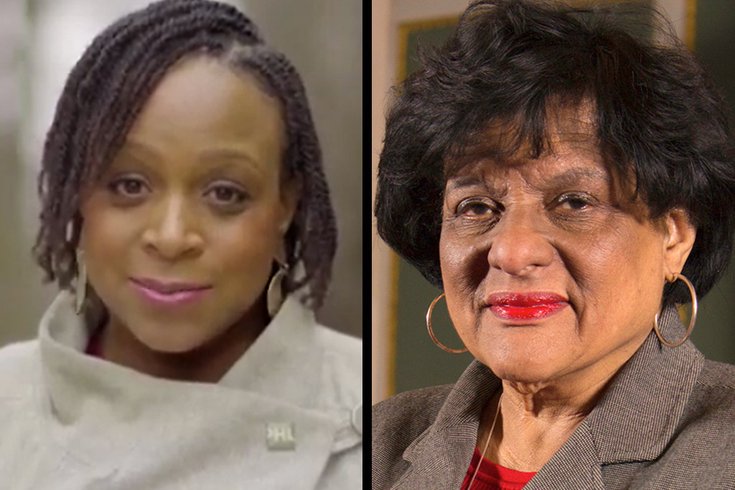 With incumbents Blondell Reynolds-Brown and Bill Greenlee deciding not to seek re-election in 2019, the face of Philadelphia’s City Council was destined to change regardless of Tuesday’s results.

That left 12 seats up for grabs, with the at-large spots seemingly the most contested. Yet, the night's most shocking upset came in the Third District, where longtime incumbent Jannie Blackwell lost the seat she's held since 1992.

Here’s a breakdown of what voters determined at the polls on Tuesday in each Council race. All vote tallies are unofficial:

Incumbent Mark Squilla was challenged by Lou Lanni, an openly gay former Philadelphia police officer, to represent a district which stretches along the Delaware River from South Philadelphia across Center City, Chinatown and the River Wards.

With 96 percent of the vote counted, Squilla led Lanni by 81.4 percent to 18.5 percent. Squilla will face Republican Daniel Orsino in the general election in November.

Vidas sought office because “as Philadelphians, the time has come to expect more and demand better from our elected leaders,” including Johnson, who found himself embroiled in controversy regarding the sales of city-owned land in the Point Breeze section of his district.

Johnson led Vidas, 60 percent to 40 percent, with nearly 95 percent of the votes counted.

There is a general election in this district, as Republican Michael Bradley ran unopposed in his party primary.

Incumbent Jannie Blackwell has represented this portion of West and Southwest Philadelphia since 1992, but there was talk that challenger Jamie Gauthier – an urban planner and former executive director of the Fairmount Park Conservancy – could knock her from that lofty perch.

Gauthier, who focused on issues of gentrification and poverty, positioned herself as someone "poised to lead the district into the future." She will get that opportunity after her unexpected victory on Tuesday night.

With 88 percent of the vote counted, Gauthier led Blackwell, 56 percent to 44 percent. That 11-percent margin prompted the challenger to claim victory before 11 p.m.

“I’m incredibly thrilled by tonight’s win, and I’m so touched by all of the support I’ve received throughout this campaign," Gauthier said from her victory party. "I’m excited about the opportunity to work together to ensure our communities remain affordable for everyone; to move people out of poverty and connect them to good-paying jobs; and to bring local businesses back to our communities; and work together to improve our schools for all of our children.”

Incumbent Curtis Jones was challenged by Ron Adams, a Roxborough resident and operations manager for the High Intensity Drug Trafficking Area program who said he was running “to bring accountability to Council.”

Jones won the race handily, drawing more than 70 percent of the votes. There was no Republican on the primary ballot.

In what always tends to be the most heated race of the council season, incumbent Maria Quiñones-Sánchez was challenged by state Rep. Angel Cruz. Early in the day, she told PhillyVoice about some hijinks she’d heard about in her district, which encompasses lower Northeast and North Philly.

With four of 156 precincts yet to report at 10:45 p.m. Tuesday, Sanchez led Cruz, 52 percent to 48 percent, or 465 votes, despite the opposition of some in her own party, declaring victory in a typically heated council race.

"I'm feeling good. I'm happy that people validated our work through their votes," Sanchez told PhillyVoice on the phone just before 11 p.m. "On these low turnout elections, it comes down to the (political) machine, and this time, the people were the machine.

"We had a lot of people we had to write off because of that at the outset, so it's a matter of winning every other vote we can. This is my party, and they have to grow up, respect the community and treat it better," she said. "We've demonstrated that despite all the corruption and fraud in the past, people will rise up and be their strongest."

Between all political parties, there are seven at-large council seats up for grabs each election season. Of course, that generally breaks down to Democrats and Republicans, but at least two candidates from the GOP or another party are guaranteed seats.

When it came to this year’s Democratic race, three incumbents – Helen Gym, Allan Domb and Derek Green – faced off against 25 challengers.

That trio of incumbents would lead the pack, with Gym getting some 15.8 percent of the vote, Domb a shade under 10 percent and Green a shade under 9 percent.

Earlier in the day, the 34-year-old executive director of Philadelphia Freedom School and head basketball coach at Sankofa Freedom Academy Charter School was optimistic about his chances.

"I'm excited and anxious and fatigued," Thomas told PhillyVoice. "But we ran the best campaign we've ever ran, and I wouldn't do anything different."

For her part, outgoing Councilwoman-at-large Blondell Reynolds Brown spoke highly of Richardson Gilmore, for whom she said she served as a mentor.

"There might be 27 or 30 candidates in that race, but she has the most endorsements out of all of them," Reynolds Brown said. "That speaks to her preparedness."

Incumbents Al Taubenberger and David Oh sought re-election in a field that featured five challengers. In Republican circles, upstart candidates, party officials and voters spoke about wanting to replace Oh, who shared word that his campaign signs were being damaged on Tuesday.

With 97 percent of the vote counted, Dan Tinney led the five Republican candidates who will move onto the general election. Taubenberger finished second and Oh fifth. Filling out the field are Matt Wolfe and Bill Heeney. Tinney was considered the best-funded challenger and had some labor union support.

History has shown that the top two in that primary will win a Council seat in November.