The performer has been diagnosed with a rare form of leukemia; supporters can swab to see if they're a match at Bob and Barbara's on Wednesday 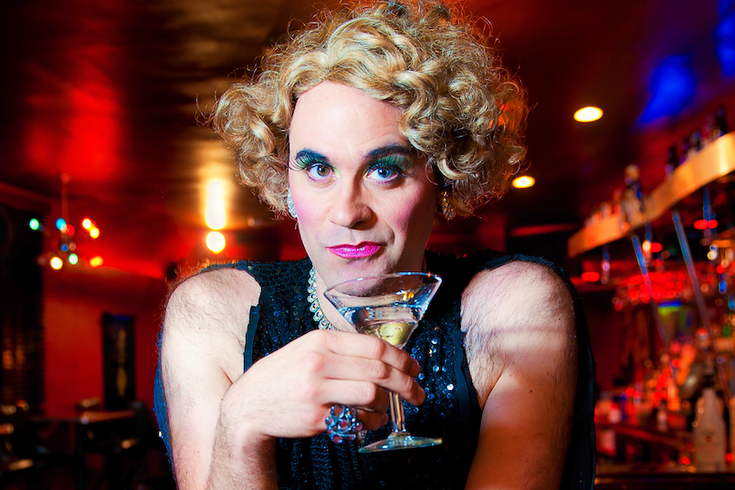 Martha Graham Cracker, aka Dito van Reigersberg, is taking a break from performing after a cancer diagnosis. A mainstay on the Philadelphia drag scene, Martha is now searching for a stem cell match.

Martha Graham Cracker has been entertaining crowds with her raucous drag cabaret for more than 15 years. But after dodging the stage and concerned fan queries for the past two months, the performer made a sad announcement: a cancer diagnosis.

Dito van Reigersberg, the man behind Martha, is battling mixed phenotype acute leukemia, or MPAL. Though he is already undergoing chemotherapy, van Reigersberg is also looking for matches for a stem cell transplant — and friends are pitching in to expand the search.

"Whatever you do, don't give up hope. I've been in contact with Dito, and it's quite clear he hasn't," Victor Fiorillo, manager and pianist for the Martha Graham Cracker Cabaret and a reporter for PhillyMag, wrote in an op-ed for BillyPenn. "The last thing he wants is for you to feel hopeless or sorry for him."

Van Reigersberg's best shot at beating MPAL and returning to cabaret, his friends say, is a peripheral blood stem cell transplant. He'll need a matching donor between ages 18 to 40, which can be determined through a simple cheek swab. Those donors then undergo a process similar to a blood or plasma donation. According to the American Cancer Society, blood is extracted through a catheter in the arm, taken after the administration of shots to boost stem cell production. The process takes 2 to 4 hours, and since it's an outpatient procedure, donors can leave shortly after it's completed.

On Wednesday, Bob & Barbara's, a Martha Graham Cracker mainstay, will host a special musical showcase that doubles as a donor drive. From 5 to 8 p.m., organizers will be outside handing out swab kits to potential donors. After collecting a sample, fans can head inside for live music by Martha Graham Cracker band members and acts like Glitter and Garbage, Jess Conda, PJ Brown and Johnny Showcase and Rumi Kitchen.

Supporters also can request a mail-in kit online via Be the Match, or text SWAB4MARTHA to 61474. According to Fiorillo, "hundreds" of possible donors already have ordered the kits.

Known for her blonde wigs, beautiful voice and hairy chest, Martha Graham Cracker is a bit of Philly institution. She's performed regularly at Franky Bradley's, Johnny Brenda's, FringeArts and the shuttered L'Etage cabaret in Queen Village — and journeyed outside city limits for stints in Las Vegas and a regular spot at Joe's Pub in Manhattan. Van Reigersberg is also a founding member of Pig Iron Theatre Company, the Olde Kensington home of more than 30 original shows.

"I like confusing people," van Reigersberg told Philadelphia Magazine last year. "I'm being as feminine as possible trying to seduce someone while also telling them to touch my shoulder hair."